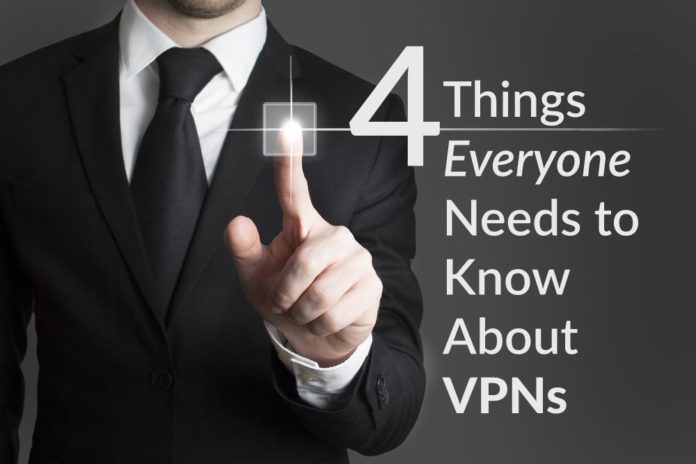 A VPN or Virtual Private Network creates a secure tunnel between two or more computers on the internet. As a result, the two (or more computers) see each other as if they are on a local network.

VPNs have been made popular by major corporations as the capability allowed them to securely link remote branches and employees, but today they offer benefits for consumers as well — protecting them from attacks when they connect to public wireless networks. Moreover, they also help users unlock parts of the internet that could otherwise not be available in their country, or from their work or school.

So, given the growing popularity of VPNs, we decided to compile an article with basic information on what should everyone know about VPNs. Here’s what we’ve got…

With anti-virus software, your computer and/or phone is constantly scanned against malware. In contrast, a VPN software is used to route all incoming and outgoing traffic from your computer/phone to servers throughout the internet (and the other way round). While that’s being done, VPN servers also remove any malware and tracking code that may be placed on websites and other internet services you’re accessing. Heck, some VPNs could also remove ads only to deliver the true ad-free experience.

VPNs also encrypt all the traffic coming to and from your computer, making sure that even accessing the internet from a local bar is totally secure. They do that by assigned a new IP address to your computer while (again) routing all the traffic through their secure servers.

Consequently, VPNs are getting increasingly popular in countries with limited freedoms where governments spy on their citizens. A VPN is a silver bullet for such places, with all the traffic appearing differently to government agencies employing said tactics.

A VPN software can be used to bypass geoblocking restrictions as well as firewalls. This is arguably one of the key reasons why people get a VPN — to be able to access the content that is otherwise unavailable in their country, or in the country they’re visiting.

To be more specific, access to Netflix in the U.S. is the reason for the vast majority of users. Netflix’s catalog in other countries, presuming the service is even available, is very different than the one it has for the U.S. consumers. This has nothing to do with Netflix and everything to do with how the content rights are bought and sold on the market.

And Netflix, obviously, is not the only video streaming service with such restrictions; the same goes for Hulu, BBC and other major content providers.

…they are not worth your time. Simply put, major VPN providers have big networks of servers that provide high speeds and timely responses (low latency). Operating such networks cost real money so they have to charge for using their services.

In comparison, free VPNs have a limited number of servers and you could hardly rely on them for decent web browsing speeds, let alone for streaming videos and torrenting. Furthermore, free VPNs may show you ads for using their service or, worse yet, sell your web browsing history to third parties.

A VPN is one of those services you must pay to get a decent service. Major providers seldom offer free trials — though there are a few notable exceptions — but pretty much all of them include a strong money-back guarantee; which in our book is equally good.

Beyond the price (free vs paid), there are other differences among VPN providers, some of which you should know in order to get a VPN that is “just right” for you.

For a start, different VPNs have networks of different sizes. Generally speaking, the bigger the network the better the performance you’ll get. There are some caveats to this rule, however, as what it also matters is where all the servers in the network are placed. Furthermore, some VPNs use proprietary technologies that enable them to achieve higher download (and upload) speeds with fewer servers.

In addition, there are certain features a VPN must include in order to keep your identity under the radar, such as a kill switch that automatically kicks in should the connection drops. There are also DNS and IP address leak protections that are among the must-have features, and so is the strong encryption.

Yes, it’s not necessarily easy to pick the right VPN, but it’s also not hard. You can start with our list of Top 5 VPNs. Said list was compiled after testing a few dozen different services and we can pretty much guarantee that all services on that page get the job done.

For the best experience though, get a VPN at the top and forget about it. Let it do its magic in the background while you safely browse the web. Cause once you install a VPN software on your device(s), it’s actually that easy. 😉