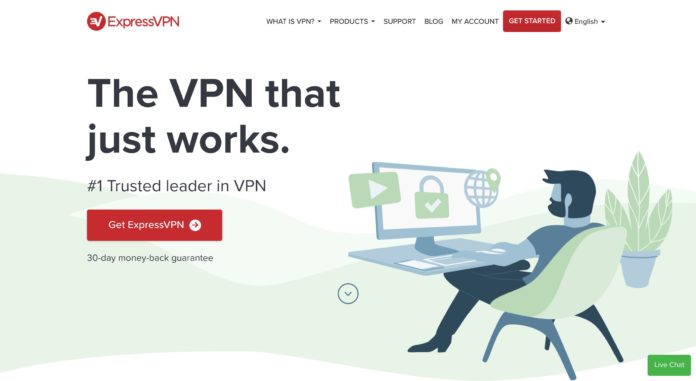 ExpressVPN is not the most affordable option on the market, so we decided to give it a spin and test for ourselves whether the extra money is worth it. Read on to find out...

ExpressVPN has more than 3,000 servers spread across 160 locations in 94 countries. What is missing though are locations in Africa and the Middle East. As I'm writing this, those two regions are "covered" with just a few servers -- namely those in Algeria, Egypt, Israel, Kenya and South Africa. For the rest of the world, you can pick and choose the location you want.

There are VPNs with more servers, but ExpressVPN covers more countries than any of its competitors. This makes it a good option for both individual and business users, who may need connections in some "less common" places.

ExpressVPN has an app for just about any device and platform you could imagine. In addition to Mac OS, Windows, iOS and Android -- you can install ExpressVPN on Amazon e-readers, BlackBerrys, Smart TVs, various routers, Chromebooks, and more. Also, there are browser extensions for Chrome, Firefox and Safari -- with a single ExpressVPN account letting you connect up to 5 devices simultaneously.

For what it matters, ExpressVPN used to offer only 3 simultaneous connections, but has decided to up that number to 5. That's the power of competition... and user requests.

The company's apps are unified in a good way -- they are well polished across platforms and easy to use. Below you can see a few screenshots to see what we're talking about...

Related to the previous point, ExpressVPN managed to consistently deliver fast download and upload speeds. We have to add that in most tests, it outshined most competitors but not all of them.

What ExpressVPN did manage to deliver is consistency which translates into dependability. Cause I appreciate more a consistent 50Mbps connection than 100Mbps once in a week. And that's what ExpressVPN is all about, delivering fast speeds throughout the year -- which (again) makes it one of the best VPNs out there -- if not the best.

ExpressVPN is one of just a few services you can start and forget about it, routing the traffic through its servers and keeping you protected without you even noticing it is doing "its thing" in the background.

ExpressVPN uses AES 256-CBC military-grade encryption (which happens to be used by the likes of NSA and CIA) with support for an array of protocols -- including OpenVPN (UDP and TCP), L2TP/IPsec, SSTP, and PPTP. IKEv2 is not supported, though that's hardly a problem, with OpenVPN providing for a stronger connection anyway.

In addition, the service offers DNS leak protection and IPv6 leak protection, split tunneling and a built-in kill switch -- the last of which is not available on mobile apps. We can't blame ExpressVPN for this as this is pretty much given with all VPN mobile apps.

You can play with these settings if you like, but even if you don't, ExpressVPN will do it for you, selecting the best possible options for every location. Heck, it allows you to connect to a VPN server in a single click, selecting the one that will work best for you at that moment.

Because it is incorporated in the British Virgin Islands, ExpressVPN is safer to use than some other services located in the U.S. and Europe where governments tend to force internet companies to keep some logs. While these logs could help the authorities capture some criminals, they could easily be misused -- especially in countries with dismal human rights records. And besides, we like our privacy... a lot!

ExpressVPN has a strict no-logs policy and won't log any IP addresses, browsing history, traffic, DNS queries and activity logs. It does collect anonymized basic usage data and diagnostic reports which allows it to monitor and improve its service.

Simply install the app, and let it do its magic in the background, while keeping your IP address and browsing data hidden from the prying eyes, ad networks and anyone else who thinks he/she has the right to know something about you.

Pick a server location, click the "Connect" button and you're good to go. Or, if you want to poke around, check out the "Options" menu for advanced settings, including protocol selection, a kill switch and DNS leak protection.

ExpressVPN's apps have a consistent, fancy look across platforms that won't confuse anyone. And we mean - anyone. There's a big "Connect" button, clicking on which you'll get the protection you need. And deserve.

ExpressVPN's support rocks! It's resourceful and, more importantly, available 24/7 via chat. That, in case you wonder, is the industry standard.

We have nothing but the words of praise to say about the guys and gals on the other side of the screen.

Also available is email support through email or a ticket system. We've found that one to work just as well, though we prefer the live chat option -- it's faster. But from what we're reading -- we weren't able to test this ourselves -- more complex inquiries will be transferred to the email with more experienced tech stuff taking over to provide a better answer.

Most users, however, will get their questions answered via chat. You need email support for more complex cases, like when you want to set up a custom-built Raspberry Pi machine to connect to a VPN. We don't know how to do that, but we know it gotta be possible.

For an even faster answer, you may want to consult ExpressVPN's massive -- yet well-organized -- FAQ section. Here you will find troubleshooting guides, step-by-step tutorials, and so much more.

ExpressVPN is a reliable partner for streaming and will work with all the popular services -- including Netflix, HBO, Hulu, Amazon Prime and BBC. Simply select a server in the country you need -- i.e. UK for BBC iPlayer, or US for most other services -- click "connect", and you're good to go.

The company is also touting its service as the best to use for watching sports and streams of live events. To that end, ExpressVPN has created a dedicated section on its website with calendar of upcoming events and instructions on how to get the best possible experience. In most cases, you would only need to fire-up the ExpressVPN app and let it do its magic in the background. This is true both for watching sports and accessing all other streaming services. As its tagline suggests, "ExpressVPN just works."

ExpressVPN doesn't mention torrenting on its homepage. But that doesn't mean, it won't work with BitTorrent -- quite the contrary, with ExpressVPN running on your computer or other devices you can download just about anything while keeping your identity hidden from the prying eyes.

In our tests, ExpressVPN yet again proved why it is the best VPN on the market. While we have seen faster download speeds, ExpressVPN managed to deliver us consistency with fast-enough file transfers. This, in case you wonder, is what we appreciate more than raw speed.

The best part is that all servers in ExpressVPN's network are tailored to support P2P (peer-to-peer) file transfers, meaning that you won't have to manually select a different server when you want to download some file from torrent. Sweet.

ExpressVPN is able to bypass geo-restrictions to access websites and services all over the web, even in high-censorship countries like China, Iran and Saudi Arabia. The company emphasizes that its VPN lets users unblock services like Facebook, Twitter, Skype, YouTube and Gmail -- so you won't lose your connections and access to popular web services while traveling to countries that want to prevent you from doing so. And the same is true for major media outlets which too could be blocked in some countries. Simply fire-up ExpressVPN and let it do the hard work for you.

We must add that in some cases you will have to check a few different servers in order to access say YouTube from China. This is due to China's ongoing crackdown against VPNs. ExpressVPN -- and many other VPN service providers for that matter -- are constantly adding new servers to stay relevant in this "cat and mouse" game.

Good to know... In December 2017, ExpressVPN came into the spotlight in relation to the investigation of the assassination of the Russian ambassador to Turkey, Andrei Karlov. Turkish authorities seized an ExpressVPN server but were unable to find any logs to aid their investigation, which the company said verified its claim that it did not store user activity or connection logs. ExpressVPN added its regret that its service was abused for illicit purposes but repeated that VPNs are critical for the safety of all of us and the preservation of our right to privacy online. The company also said it is fundamentally opposed to any efforts to install "backdoors" by governments to otherwise undermine such technologies.

All ExpressVPN servers support Tor, which -- as you may know -- offers an additional layer of anonymity. Plus, there are many other advanced features and fine-tuning options savvy users will appreciate, but honestly -- most of us won't have to deal with that tech mumbo-jumbo, with ExpressVPN working every single time.

Another cool feature is that once you become a customer, you can add 30 days to your subscription for every friend you refer to the service. Also, the company is publishing the continually updated list of sports and live events that you can watch from outside of the U.S. with ExpressVPN.

And let's not forget additional resources ExpressVPN is offering, such as the how-to privacy guides on topics like how to browse the web anonymously, delete your Google search history, and use Tor to stay private online.

Use a drop-down menu to compare ExpressVPN with other VPNs.

ExpressVPN is not the most affordable option on the market cause they don't want to be. Rather, they are one of the best -- if not the best -- VPN money could buy. All popular credit cards are accepted, as well as PayPal and Bitcoin, and a number of local payment services and wallets. Also, there is a solid 30-day money-back guarantee.

While the free trial option is not available, there is a firm 30-day money-back guarantee with a no-questions-asked policy. In case you're wondering, this is our favorite kind of money-back policy -- no one likes to argue with the support staff as they are trying to resolve the issue before giving us our hard-earned cash back. So we're taking this guarantee to be as worth as a free trial option. If we don't benefit from the service, we will get our money back with no questions asked. Love it.

All things being equal, ExpressVPN is the best VPS service on the planet. Period. There are a few others that come close -- and even outshine ExpressVPN in some specific segments -- but as far as the majority of users are concerned, this is the best VPN service they could sign-up for.

However, what makes it stand out is its ease of use. We can't emphasize this enough. One could tell a lot of time has been spent making sure even the advanced features are easily accessible. And we love it for that. Plus, let's not forget ExpressVPN's speed which tends to leave other services in the dust.