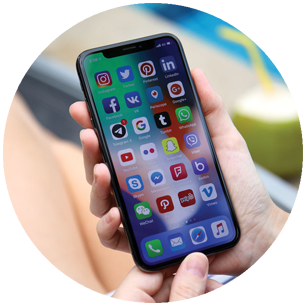 Getting a VPN service for your iPhone and/or iPad shouldn’t be hard. And you should demand only the best — after all, those will be your web whereabouts that could be screened by prying eyes. So you don’t want to save on a service that keeps you and your privacy protected.

All services in our list of best 5 VPNs for iPhone and iPad have millions of users and you can hardly go wrong by picking any one of them. But for the best overall experience, get the top service and forget about it. Let it do its magic in the background while you safely and securely browse the web, access streaming services, download files and so on.

So without further ado, here are the best 5 VPNs for iOS you can buy today:

Formerly known as iPhone OS, iOS is a proprietary mobile operating system created and developed by Apple exclusively for its hardware – namely iPhone and iPod Touch. It also powered the iPad until the introduction of iPadOS, a derivative of iOS, in 2019.

iOS is the world’s second-most widely installed mobile operating system, after Android. It is also the basis for three other operating systems made by Apple: mentioned iPadOS, tvOS, and watchOS.

When the original iPhone was unveiled in 2007, iOS didn’t support third-party applications. As of March 2018, Apple’s App Store contains more than 2.1 million iOS apps, 1 million of which are native for iPads. These mobile apps have collectively been downloaded more than 130 billion times.

There are a few dates worth knowing:

Why use a VPN with iOS?

We kinda trust Apple for not tracking us online as Google does. Nevertheless, with a VPN, you get another layer of privacy and security — the latter being particularly important when connecting to public Wi-Fi hotspots.

In addition, beyond keeping your whereabouts under the radar – a VPN has more use cases. For start, it helps you bypass various restrictions that may be imposed at your workplace, school, university and so on. And let’s not forget high-censorship countries where access to such common sites and services as Facebook, YouTube and Skype can be blocked. You don’t have to deal with any of that with a VPN — which can run on your iPhone and iPad.

Something similar happens when you travel to other countries and would like to watch your favorite Netflix series – it could be blocked. Again, a VPN could help, letting you connect to a server in your home country to trick geo-filters of Netflix (and other video streaming services for that matter). This has little to do with Netflix and everything to do with the way content rights are traded on the global market these days.

And that’s just a tip of the iceberg. The main point is – you should get a VPN for your iOS device(s) but also…

You (all of us, really) need a VPN for many things, not just our iPhones and iPads. A good VPN will:

The top contenders that check all these boxes — while also working on iOS devices — include the following: