Best VPNs for Torrenting in 2022 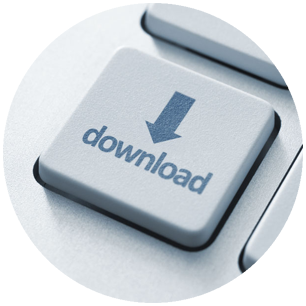 Downloading files via BitTorrent is one of the most common uses among VPN users. And the good news is that many of today’s VPN services offer a good experience, but you know how it goes — why settle for good when you can have great.

So we had to check all VPNs to get to those that are best suited for torrenting. Also, we took into account other factors, cause chances are — you will also be using VPN for other things. And so our list of best 5 VPNs for torrenting was born.

All services on this list have millions of users and you can hardly go wrong by picking any one of them. But for the best overall experience, get the top service and forget about it. Let it do its magic in the background while you safely and securely download files, browse the web, access streaming services, and so on.

Here are the best 5 VPNs for torrenting you can buy today:

NordVPN is one of the best VPNs for downloading files with BitTorrent, even if you live in places where such practice is specifically banned.

Case in point are a few Arab countries, where NordVPN has servers to make sure its users can uninterruptedly download and upload music, movies and other files via BitTorrent. You may have to manually select protocols, though. Something's gotta give...

NordVPN adds strong encryption, extra security features and privacy-friendly policy to the mix, making for that much sweeter deal. Plus it does NOT keep any logs. And we love it for that.
2

ExpressVPN is one of the best VPN services for torrenting, having surpassed all other VPNs we've checked in speed tests. Some came close to its results but only occasionally — and that's another thing to like about ExpressVPN — it's consistent.

The built-in kill switch makes for that much sweeter deal since it is one of the features everyone downloading files from torrents must-have.

Adding to that is an easy to use interface along with the the ability to use ExpressVPN across the platforms — and you get a winning combo. One we have only the words of praise for. Check it out.
3

Hotspot Shield is one of the fastest VPNs for torrenting. The company uses its own proprietary technology to deliver blazing-fast download AND upload speeds.

We have tested Hotspot Shield with multiple locations and it managed to get us the files we want almost as fast as without using their VPN, every single time.

In addition, you can also rely on Hotspot Shield for streaming, when you can expect to get the real buffer-free experience. And the same is true for its mobile apps — which are super easy to use and work out of the box.

IPVanish could easily be the best VPN for torrenting out there; at very least, it's one of the top services for P2P file transfers, offering hard-to-beat download AND upload speeds. This in turn also makes it one of the top choices for Kodi streaming.

Furthermore, IPVanish offers other features as well, all backed by its zero logs policy.

Also included in the deal are apps for every imaginable platform and device, Netflix and support for other video streaming services. Check it out.
5

BitTorrent (abbreviated to BT) is a communication protocol for peer-to-peer file sharing (P2P), which enables users to distribute data over the Internet in a decentralized manner. As such, BitTorrent is one of the most common protocols for transferring large files — such as digital video or audio files.

Programmer Bram Cohen, a University at Buffalo alumni, designed the protocol in April 2001, and released the first version on July 2, 2001.

As of February 2009, P2P networks have been estimated to, collectively, account for approximately 43% to 70% of all Internet traffic (depending on location). In February 2013, BitTorrent was responsible for 3.35% of all worldwide bandwidth — more than half of the 6% of total bandwidth dedicated to file sharing. In 2019, BitTorrent was a dominant file-sharing protocol and one of the applications that generate greater traffic on the Internet, with 2.46% of downstream, and 27.58% of upstream traffic.

In order to send or receive files, a person uses a BitTorrent client which is a computer program that implements the BitTorrent protocol. Popular clients include μTorrent, Xunlei Thunder, Transmission, qBittorrent, Vuze, Deluge, BitComet and Tixati. BitTorrent trackers provide a list of files available for transfer and allow the client to find peer users, known as “seeds”, who may transfer the files.

The BitTorrent protocol can be used to reduce the server and network impact of distributing large files. It does that by making sure that a single file is divided into segments called pieces that could be downloaded from multiple locations (sources) at once.

Each piece is protected by a cryptographic hash contained in the torrent descriptor. This ensures that any modification of the piece can be reliably detected, and thus prevents both accidental and malicious modifications of any of the pieces received at other nodes. If a node starts with an authentic copy of the torrent descriptor, it can verify the authenticity of the entire file it receives.

The BitTorrent protocol allows users to join a “swarm” of hosts to upload to/download from each other simultaneously. It is an alternative to the older single source, multiple mirror sources technique for distributing data, and can work effectively over networks with lower bandwidth.

BitTorrent does not, on its own, offer its users anonymity. One can usually see the IP addresses of all peers in a swarm in one’s own client or firewall program. This may expose users with insecure systems to attacks.

In some countries, copyright organizations scrape lists of peers, and send takedown notices to the internet service provider of users participating in the swarms of files that are under copyright. In some jurisdictions, copyright holders may launch lawsuits against uploaders or downloaders for infringement, and police may arrest suspects in such cases.

There are, however, several initiatives designed to promote anonymity. One of them comes in the form of the BitTorrent client Tribler, which makes available a Tor-like onion network, optionally routing transfers through other peers to obscure which client has requested the data. The exit node would be visible to peers in a swarm, but the Tribler organization provides exit nodes.

A similar anonymity layer is provided by i2p though it limits users to torrents that have been uploaded to the i2p network.

Also, there are invite-only private torrent trackers that require members to participate in uploading but have the downside of a single centralized point of failure. Oink’s Pink Palace and What.cd were examples of private trackers that have been shut down.

The easiest and best way to get anonymity when torrenting is with a VPN, which brings us out the next section…

Why use a VPN for torrenting?

As noted above, the single most important reason to use a VPN when torrenting is to get a layer of anonymity. This is especially important in countries where using a BitTorrent client could put you on the “watch list” with an ISP potentially tracking what you’ve been downloading online. The copyright holders are notorious for their shady practices — yes, I’m looking at you the record industry — and are not the group you want to mess with.

With a VPN you don’t have to worry about any of that, with a good VPN service encrypting all the traffic coming to and from your devices. No one will have an idea of what you are doing online let alone what kind of files you’re downloading or uploading over the Internet.

So yes, if you’re into torrenting – you *must* use a VPN.

You (all of us, really) need a VPN for many things, not just for torrenting. A good VPN will:

The top contenders that check all these boxes — while also enabling anonymous torrenting — include the following: