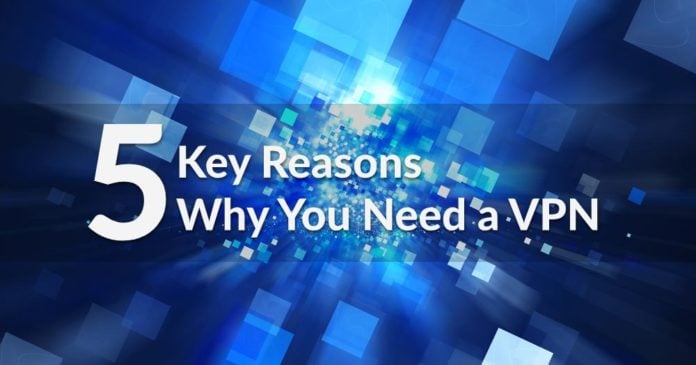 If I had to sum up this article in a single sentence, it would go like this: Yes, you need a VPN – here’s why.

But I figured you’ll want some details to justify your purchase — cause good VPNs come with a price tag. They are not expensive, but they are not and could not be free. Simply put, resources to run these sorts of services cost real money. Otherwise, a company providing such service for free may be collecting your data, and that kinda kills the point of a VPN.

But I’m getting ahead of myself; here are what we deem are top 5 reasons why you need a VPN:

We think this is the most important reason for getting a VPN but we also acknowledge that some folks will disagree with that (cause some people only want a VPN to access Netflix or Disney+ and that’s ok, as well).

The infamous Facebook-Cambridge Analytica scandal is still looming large in the minds of many folks, especially those who voted for Hillary in the last presidential elections. Add the fact that this year Americans will again be choosing their president and you get the idea why your privacy matters. You don’t want to be just another data point in some political researchers’ Excel spreadsheet.

Also, why in the world would you share what you do online with Google and Facebook, let alone government agencies? With a VPN, you make it harder for them to keep track of you online. It will mask your digital footprint and let you virtually select the location you want/need at any given moment.

US Netflix users can’t access their favorite streaming platform while traveling abroad. It has nothing to do with Netflix — and other streaming services for that matter — and everything to do with the way content rights are bought and sold on the world market, with some companies getting exclusive rights for certain regions. This limitation, however, could be bypassed with a VPN running on your device(s). A VPN does the trick by routing all traffic through its servers that are typically placed all around the world. The U.S. — unsurprisingly — hosts most servers so there is plenty of options (locations) to choose from.

Similarly, a VPN could be used for connecting to your office network, which can be important since many administrators lock access to the company’s resources from foreign countries. Again, with a VPN, you can bypass these (and many other) restrictions.

We’re not necessarily talking about adult content here; for instance, some workplaces prevent users from accessing Facebook and YouTube. Similar rules are imposed on many schools and universities where, for one reason or another, admins don’t want students to have fun online.

Related to that, access to many of the most popular websites and services is blocked in some high-censorship countries. Think: Facebook, YouTube, global news media and even Skype (for some reason).

Again, a VPN can bypass these restrictions with local servers and ISPs seeing nothing but a regular HTTPS traffic — which they can’t snoop into.

A VPN works as an additional tool in your security toolkit. While it’s not an anti-virus replacement, it does keep you safer online. This is especially true when connecting to public Wi-Fi hotspots where a malicious actor could snoop into your web traffic and potentially get ahold of your personal information. That, of course, could be a scenario without using a VPN; otherwise, a hacker wouldn’t be able to get any meaningful information from your secure connection (between your device and a VPN server that routes your internet traffic). This way, a VPN prevents the so-called “man in the middle” attacks.

5. Helping you save on airfare

Have you ever noticed how airfare prices change during the week? How about a single day? Airlines are notorious for their dynamic prices that are influenced by a number of criteria, your potential interest in purchasing some tickets being only one of these factors. But it’s a factor nonetheless.

For instance, try searching for a ticket between New York and Los Angeles on one airline for a few times during the day. Chances are you’ll see how the price keeps growing and sometimes – this increase is hard to justify. The airline’s software has detected your interest in buying that ticket and is now checking to see how much you really need to fly. So it will dynamically be raising prices to entice you to buy-in.

But, if you have a VPN and connect to different servers throughout the day, you will always get the best price that is typically reserved for new customers. This way, you can potentially save some serious money on air travel, with a VPN pretty much paying for itself. Try it out and never look back.

We have just scratched the surface here. A VPN lets you do much, much more. Nevertheless, the reasons outlined here should help you “push the button” and get a VPN if you still don’t have one. Or you may have the one that doesn’t work for you.

Whatever the case is, we suggest you start by checking our page with Best of the Best VPNs. All of the services listed there have been field-tested and we can pretty much vouch for all of them. Check them out and do let us know if you have any comments, questions and so on. Thanks. 😉