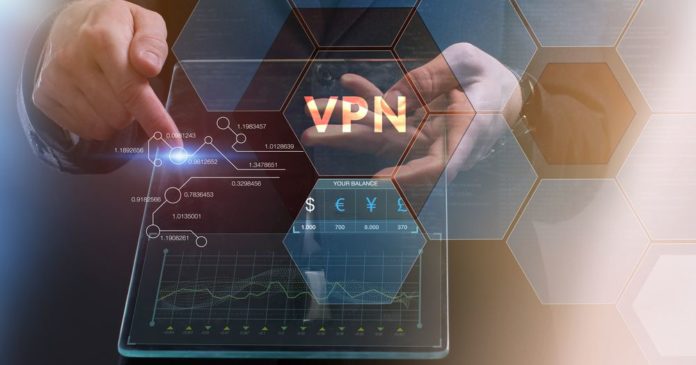 You may think that you only need a VPN at your home when you want to use it to access some website or service that could otherwise be outside of your reach. After all, your employer made sure you could access websites that are needed for your work, right?

Perhaps that’s true, but perhaps you may want to access something that is deemed “not for work” while at the office. Then, you better have a VPN to be able to do so. It will not only let you access the Internet in its entirety but will do it in a way that won’t let your employer know what you’re doing online. Cause why should they know?

1. A VPN hides your web browsing

Even if you think your employer doesn’t care what you’re doing online, you better have some “protection” in place. And this protection — a VPN — will be used to encrypt all traffic flying between your device(s) and the rest of the Internet. This way, not even the tech-savvy IT staff will know what you’re up to. Cause, it’s usually the IT stuff that sniffs around other people’s data — rather than the management.

There is no need to leave any “data on the table.”

Perhaps WhatsApp or YouTube is blocked in your workplace, and perhaps sometimes you do want to access these services. Without a VPN, that’s not an easy feat. You could try some proxy service but in most cases – its use could be detected.

On the other hand, a good VPN will encrypt all data, preventing anyone from knowing that you’ve used a chat app or watched some video while at work.

We are sure you’re a good employee, but every now and then – we all need a break. 😉

The mentioned encryption will kick in even when you want to continue working at home. Or you may be already doing it as we speak.

A VPN running in the background will make sure none of your important files is going to the Internet in an insecure fashion. Rather, it will make even connections to insecure servers – secure.

Which leads us to our next point…

4. A VPN keeps you protected on public Wi-Fi

Aside from your home, you may want to keep working in a local cafe. There, you will have to connect to a public Wi-Fi hotspot which is notoriously insecure. That is, at least, if you’re not using a VPN.

Without a VPN, a savvy hacker may snoop into your Internet traffic, decipher it and potentially get ahold of your personal information — which could also include valuable business data. Again, a VPN will encrypt everything and anything, making said hacker helpless in that situation.

And in case you wonder, these so-called “man in the middle” attacks have been growing in popularity in recent years. No reason to fall victim to something that could be easily prevented with a good VPN.

Without a VPN, the IT staff in your workplace knows every little thing you do on the Internet. As far as you’re concerned, THEY are your ISP and can therefore follow your connection trail in their logs.

With a VPN, they have no chance as it will only show them a single connection to a secure (VPN) server that is now in charge of routing all data.

You get to anonymously browse the web, download files, and do whatever you want without anyone knowing about it. And that, we might add, is the main point of a VPN. To get you more privacy and ultimately – more freedom.