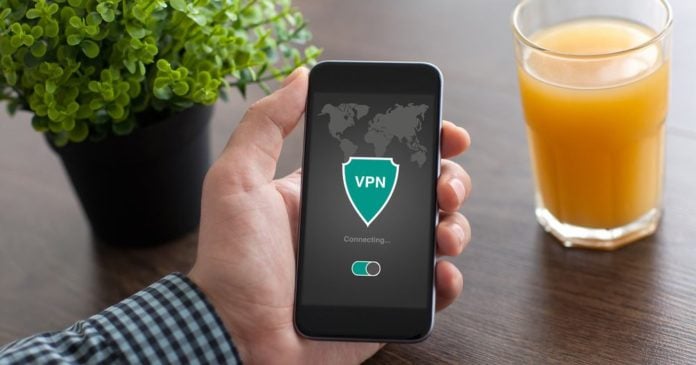 Computers are not the only devices that can run VPN software; smartphones, tablets and other connected gear can also benefit from a VPN app, encrypting all the traffic coming to and from those devices.

And since most of us use smartphones more than computers, we would argue it is even more important to have a VPN app running on your smartphone than on any other device.

But I’m getting ahead of myself. We’ve prepared what we think are 5 key reasons why you should run VPN on your smartphone. Here’s what we’ve got…

Although it is common knowledge that public Wi-Fi hotspots aren’t as secure as one’s home or office networks, people still use them. And there’s nothing wrong with that as sometimes, it could be your only way to access the Internet. Like, when traveling to other cities and countries and you need to work or stay connected with your friends and family. Or you need to send some files from your phone.

Without a VPN, everything you do online is visible to the hotspot operator and could be used against you. Furthermore, a malicious party could also be connected to the same Wi-Fi network and snoop into your web traffic to potentially cause havoc. These so-called “man in the middle” attacks are on the rise.

Most VPNs, and definitely the best ones, have built-in anti-malware protection that will filter Internet traffic and make sure your smartphone is secure at all times. Yes, that includes public Wi-Fi networks.

Did you know that your mobile operator knows pretty much every step you make online? And the same goes for Google and Facebook, which tracking pixels are placed on millions of sites across the web?

With a VPN running on your smartphone, your mobile operator as well as tech giants won’t have a clue of your web whereabouts. You get anonymity, which is a sort of luxury these days (even though a VPN isn’t expensive).

Because a VPN routes all traffic between your phone and the server (website) you’re visiting, it can remove all the tracking code it finds in the process — while showing regular HTTPS traffic to your mobile operator. This gets you back your privacy.

Another reason to use a VPN is its ability to bypass firewalls enacted in high-censorship countries. The most infamous of which, the Great Firewall of China, blocks the local population from accessing websites of global media organizations as well as popular social media services such as Facebook, Twitter, Instagram, YouTube and so on.

China, unfortunately, is not the only country with limited access to the world wide web. There are a few high-censorship countries where people are relying on VPNs to bypass these artificially placed barriers to be able to find out what’s happening in their own country. Or just to be able to watch the latest music video, keep up with what people post on Facebook, Twitter and so on.

With a VPN running on your smartphone, the world is your playground no matter where you happen to be at any given moment.

Today’s smartphones come with big screens and unsurprisingly, many of us use them to watch full-blown movies and TV series while on the go. That is the reason why all popular streaming platforms such as Netflix, Hulu and HBO have dedicated mobile apps.

But not all content offered by streaming services is available across the globe. Geo-restrictions have been put in place to prevent users from one country accessing the content in the other country — which otherwise may not be available. This has little to do with streaming services themselves and everything to do with the way content rights are traded on the market these days.

On the other hand, there are US-based Netflix users who would like to keep access to their account even while traveling abroad. With a VPN, all they have to do is connect to a US-based server and take it from there. Netflix — and any other service for that matter — will see them as an American and let them in.

We’ve mentioned Netflix, but the situation is similar to other streaming services, as well.

Have you ever noticed how the prices of some products and services change during the week? How about a single day?

One of the best-known product categories with shifting prices are airline tickets — airlines have dynamic pricing that is influenced by a number of factors, with your potential interest in purchasing some tickets being only one of them.

For instance, try searching for a flight between Chicago and San Francisco on one airline for a few times during the day. Chances are you’ll see how the price keeps growing and sometimes – this increase is hard to justify. The airline’s software has detected your interest in buying that ticket and is now checking to see how much you’re willing to spend. So it will dynamically be raising prices to entice you to buy-in sooner rather than later.

But, if you have a VPN on your smartphone and connect to different servers throughout the day, you will always get the best price that is typically reserved for new customers. This way, you can potentially save some serious money on air travel, with a VPN pretty much paying for itself. Try it out and never look back.

And the situation is similar with some special offers that are reserved for people living in certain locations; with a VPN on your phone, you get to virtually choose your location by connecting to the server in the area with said special offer. It’s actually that easy.

Just like your computer — your smartphone also needs a VPN. And with a good service, you can install a VPN app on a few different devices.

Beyond computers and smartphones, a VPN can also work on your tablet, smart TV and even router when your entire home or office network gets to benefit from a more secure connection.

Start by checking our Best of the Best VPNs section and take it from there. You’ll find rock-solid services on that list, all of which have been field-tested for quite some time now. Grab one of them and never look back. You’ll thank us later. 😉