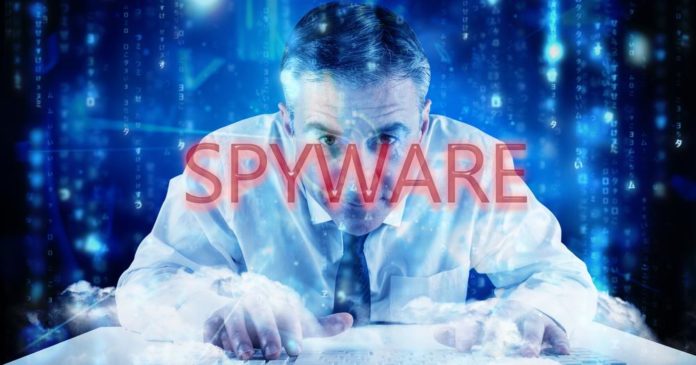 You have probably heard of spyware. In fact, there’s a chance you have been infected at some point. But you may not know what it’s all about…

We’re here to help, to highlight key things everyone should know about spyware so they could be safer online. After all, knowing and realizing the problem is half the solution. So let’s get started…

Spyware is a software that gets secretly installed on one’s computer or smartphone with malicious intent such as stealing private information, credit card details, and other data. It is designed to be discreet, with most users not knowing that it’s operating in the background. In that sense, spyware has minimal impact on system resources.

The first recorded use of the term spyware occurred in October 1995 in a Usenet post that poked fun at Microsoft’s business model. In the early 2000s, spyware became synonymous with venomous software as it caught the attention of cybersecurity firms who recognized it as a real threat.

Spyware comes in a few different forms, including:

Keyloggers
As the name suggests, keyloggers track the user’s keyboard strokes with the goal to detect things like passwords, financial details, or just to keep tabs on one’s internet usage. For instance, employers can use keyloggers to keep an eye on employee habits while — on the other hand — hackers use them for more nefarious purposes.

Adware
Adware secretly installs tracking cookies in the user’s browser and mines web browsing history. With this spyware variant, the hacker’s goal is to collect a critical mass of data so that it can be sold to third-party advertisers. Adware could also include pesky pop-up ads that keep appearing until you make a purchase. Or make your computer clean from spyware.

Trojans
Trojans come in the form of regular software that secretly collects data in the background. Depending on the trojan, it will collect such details as your personal (identifiable) information, health data, financial information and so on. There are also trojan viruses that sit idle on the victim’s computer until they are turned on by a hacker who, as far we (don’t) know, is on the other side of the planet.

How one gets infected with spyware?

One of the most common methods to get infected with spyware is NOT to have all of your apps up to date, with hackers exploiting vulnerabilities and bugs of old software to spread their malicious code. Therefore, it is advisable to keep your system and apps updated at all times.

Another technique hackers use to spread spyware is through the use of phishing and spoofing. This is when hackers persuade users to engage in an action that will give them access to their devices. Usually, this comes in the form of a regular email that appears to be from someone you trust or a pop-up ad that redirects you to a malware-filled website.

Finally, there is a software that is offered for free or illegally downloaded that can come with malware included.

How to remove spyware?

If you think you’ve fallen victim to spyware, the best course of action would be to first remove the damn pest and only then – continue using your computer.

Most anti-virus programs are up for the task; you just have to start them and let them scan your entire computer — including all system settings. If there is spyware on your computer, they should be able to find it and remove it. You can literally use any anti-virus software for this.

Once they’re done, you should restart the computer and this time round – be more careful. Which brings us to our final section…

How to stay safe from spyware?

It is relatively straightforward to stay safe from spyware – simply adhere to security best practices. Yes, that is easier said than done, so we’re breaking it up for you.

First, you should have all your apps up to date, and this also includes your operating system. If there is a security issue with some popular apps, chances are hackers will take advantage of it.

Second, you should only open emails from the people you trust. This is especially important for attachments that come in those emails. Never open .EXE or .BAT files — who in his/her right mind would send you those in the first place — and also be careful with Microsoft Office documents and spreadsheets. If you really need some file from that email (which presumingly comes from a person you know and trust), make sure to scan it with an anti-virus before opening the actual file.

Also, you MUST have an anti-virus on your computer, especially if you’re running Windows. It is still the most popular operating system and is thus a darling of hackers.

And finally, get a VPN and start it every time you’re “going online.” It will protect you from web-infused attacks where malicious JavaScript could be used to infect your computer. Start by check our list of best VPNs. We’re sure you’ll find the one that works best for you from that list.