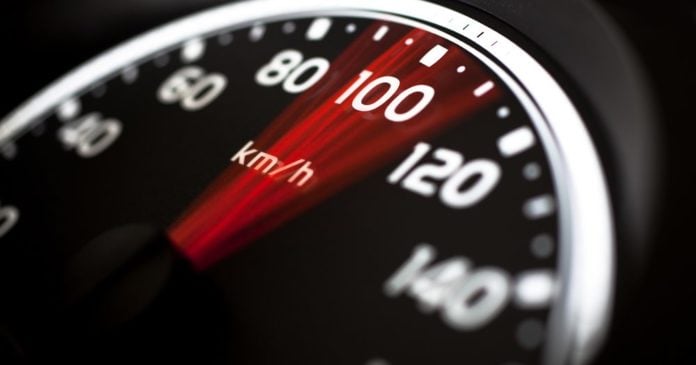 There are multiple reasons why your Internet connection may not work as advertised. Some of these may be because of the problems on your end, and there are also those that could be related to your Internet Service Provider (ISP).

They could be working on improving the service (infrastructure stuff), or they are deliberately throttling your bandwidth for some reason that is related to their terms of service. In this article, we’ll explain what bandwidth throttling is and what you can do to circumvent it.

Bandwidth throttling happens when your ISP intentionally slows down your service. It limits the flow of data to and from your device(s) by restricting the speed at which you can process data. Although any ISP can throttle your bandwidth, it is more common with mobile and wireless ISPs.

When your ISP throttles your bandwidth, it is artificially restricting how much data your internet connection transfers, resulting in slower loading of websites, apps, and other content.

Why do ISPs throttle the bandwidth?

ISPs are not necessarily evil and there could be perfectly legit reasons behind their “move” to throttle the user’s bandwidth. The most frequent reasons include:

Network congestion
One of the most common reasons ISPs throttle your internet speed is to manage network congestion at peak times better. This happens when many people are using the internet all at once and ISPs are pretty much forced to slow down the Internet for everyone so that new connections are not blocked. This is why you may experience slow internet speeds at certain times of day but not others.

Limiting certain use practice
Many ISPs are known to dislike certain activities on their networks, like torrenting, gaming and streaming. So when they detect that the user is engaged in one of these activities, they can easily throttle their traffic, making their connections slower. On the other hand, if you use a VPN – your ISP won’t know what you’re doing on the Internet.

Data limits
This happens with mobile operators, many of which are still selling (and making a ton of money from) limited data plans. In this scenario, after the limited number of gigabytes is spent by the user – operators still let them use the Internet but this time, with a limited speed.

Fast lane plan
This is arguably the most controversial type of bandwidth throttling as it presumes paid prioritization. Instead of providing users with a standard amount of bandwidth regardless of the website they visit, paid prioritization presumes an ISP accepting payment from websites or services to pay in exchange for extra bandwidth. In other words, it allows websites to buy a “fast lane” and have their traffic prioritized. This kind of bandwidth throttling was one of the key issues in the 2017 fight to maintain net neutrality.

Bandwidth throttling was illegal in the US unless it was for “reasonable network management” until 2017 when the FCC repealed the rules protecting the open internet – thus legalizing paid prioritization and other kinds of blocking and throttling.

What can you do against bandwidth throttling?

If you suspect that your ISP is throttling your bandwidth, you can use a VPN to hide your traffic from your ISP. It may not resolve the issue, but it will eliminate one of the reasons for bandwidth throttling.

If you’ve been doing something that your ISP doesn’t like, with a VPN – that will no longer be the problem as your ISP won’t be able to tell what you’re doing on the Internet. As far as they’re concerned, you’re just connecting to a secure website. And that website is the VPN server you’re connected to that is routing all your traffic.

You can even test your connection speed with and without a VPN by visiting speedtest.net with VPN turned on and then when VPN is not working. And if you determine that your ISP is actually throttling your connection, you may want to call them and ask what’s the problem, why they are doing that — presuming you are not doing anything fishy on your end.

Circumventing bandwidth throttling is just one of the reasons why you should get a VPN. You may also want to get it to bypass other restrictions that may be imposed in your workplace or school or when visiting a high-censorship country where access to popular sites and services can be heavily moderated or straight out blocked.

The most important reason, we would argue, is to get a VPN to protect your privacy online so that the likes of Google, Facebook, and various government agencies can’t follow every step you make on the Internet. Or at least to make it harder for them to do so. It’s your privacy and your data, and you shouldn’t be giving it away without a fight. And it is the VPN that gives you, all of us, a fighting chance. So get one today!