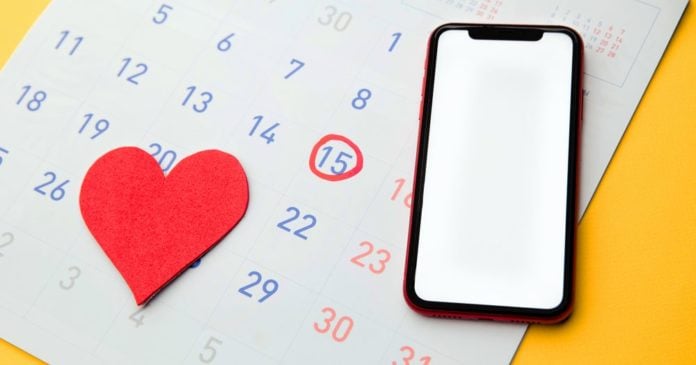 However, while convenient, such apps also present another privacy risk you may not be willing to manage. And why should you? There are already many other things on your (everyone’s) plate so why worry whether your period dates will fall into the wrong hands. Or any hands for that matter.

In today’s article, we’ll dissect period tracking apps so you could hopefully abandon them and find yourself a different way to track your period. Let us first start with the data cause that’s what this is all about you — your data.

What kind of data do period-tracking apps collect?

Generally speaking, period or menstruation tracking apps help women log their cycles and can help to predict when their next period starts. As such, they are mostly used to track fertility for avoiding or attempting to get pregnant.

However, and here’s where the problem lies, they could also store other information about their users and may or may not decide to inform them about that.

For instance, they could store the user’s sexual activity, fertility windows, flow changes, and many more menstrual symptoms and side effects. Nothing wrong with that except now that Roe v. Wade has been overturned, all this information could potentially be requested by a law enforcement agency through a court order.

It all depends on the state you live in and what the authorities would do about it.

“Service providers can expect a raft of subpoenas and warrants seeking user data that could be employed to prosecute abortion seekers, providers, and helpers,” predicts The Electronic Frontier Foundation. “They can also expect pressure to aggressively police the use of their services to provide information that may be classified in many states as facilitating a crime.”

Like that’s not enough, some of this data — albeit mostly in anonymized form — could and will end up in the hands of savvy marketers who will use it to serve these ladies with more personalized ads. And since the data obtained (partly) comes from period tracking apps, they stand to redefine the term “creepy.”

That doesn’t have to be a paper record, mind you, but you could rely on existing digital tools that you know won’t end up in the hands of the authorities or ad agencies. These include:

Spreadsheet
Good ol’ Excel or Google Sheets is pretty much all you need in order to track down your period. For added security, you may not want to store this file in the cloud, but rather keep it locally stored. Then, just make a simple structure with each row depicting one period with the date and perhaps other details you want to add.

Calendar
The other tool you could use is a calendar. I guess you’ll want to have this one synced across all your devices since most people use calendars across platforms — namely the web, a mobile app and perhaps a desktop software like Outlook. However, even when stored in the cloud, calendar data doesn’t have to be shared and could remain private if you select your private calendar (rather than a shared one). So feel free to use it, knowing that it won’t fall into wrong hands.

Or, you can get back to the use of pen, paper and thermometer. It’s up to you to find a way that won’t affect your privacy and, based on where you live, even get you fined. It’s a crazy world out there so you better be ready.

Don’t forget to use a VPN

Without a VPN, your ISP will know if you are searching for abortion advice on the Internet and if the court asks them, they will have to comply and provide that data.

On the other hand, with a VPN running on your device, no one will be able to know which websites you’re visiting and what you’re doing on the Internet. Now more than ever, you (all of us) must use a VPN. Your (our) privacy is on the line and a VPN will allow us to get it back.

Find a VPN that suits your needs today!