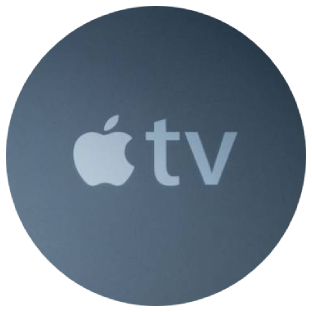 Although there are no native apps for Apple TV just yet that doesn’t mean your movie / show watching should be “open to the public.” There are solid VPN solutions out there that will keep your playlist under the radar, all while offering a smooth streaming experience. In addition, these services will also help you access content that may be blocked in your country, office, school or… whatever.

We took into account a few criteria when selecting the best VPNs for Apple TV. For one thing, you’ll want a VPN service that lets you watch Netflix and other popular streaming services whenever and wherever you want. Furthermore, you’ll need a VPN that can also work on your other devices to keep your privacy protected as you browse the web, download files via BitTorrent and so on.

So without further ado, here are the best 5 VPNs for Apple TV you can buy today:

For those who haven’t heard of it, Apple TV is defined as an “entertainment device that can receive digital data for visual and audio content such as music, video, video games, or the screen display of certain other devices, and play it on a connected television set or other video display.”

To use it for viewing, Apple TV has to be connected to a TV or monitor via an HDMI cable. The device has no integrated controls and can only be controlled by an Apple Remote or Siri Remote control device (which is included with Apple TV), by the Apple TV Remote app, or by some third-party gaming controllers and infrared remotes.

Its Wi-Fi capability is also used to receive content purchased or rented from Apple’s iTunes Store, transmitted from other nearby iDevices via AirPlay, or shared from macOS or Windows computers running iTunes.

Apple TV+ is Apple’s subscription video on-demand service that was unveiled on November 1, 2019. It was announced with the participation of celebrities such as Jennifer Aniston, Oprah Winfrey, Steven Spielberg and Jason Momoa.

Apple TV+ content is viewable through Apple’s website and through Apple’s TV app, which in 2019 expanded its availability to various consumer electronics devices, including those of Apple’s competitors. However, Apple hasn’t created native apps for Windows and Android.

At its debut, the service was accessible in about 100 countries. And as of mid-2020, it’s still not close to the leading services like Netflix and Disney+.

Why do you need a VPN for Apple TV?

As you probably already know, with a VPN – you get a more secure and private connection. So, by setting up your router to sing along a VPN service, you get to protect all devices in your home (or office). And yes, Apple TV could be one of them.

By watching content from Apple TV with a VPN connection, you may even get a better experience as your ISP may be throttling your connection when accessing streaming services. Unfortunately, many ISPs are doing this.

Similarly, a VPN could also improve your Apple TV+ experience and let you watch it even from countries where the service hasn’t been launched — in case you’re going there for a holiday.

But you shouldn’t get a VPN for Apple TV — rather, you should…

When getting a VPN, you should look/think beyond your Apple TV. What you want is a VPN that ticks all the major boxes, one you could use fo:

The bottom line is – don’t get a VPN just for your Apple TV, but the one that fits all your needs. The top contenders include the following: