Best VPNs for Argentina in 2022 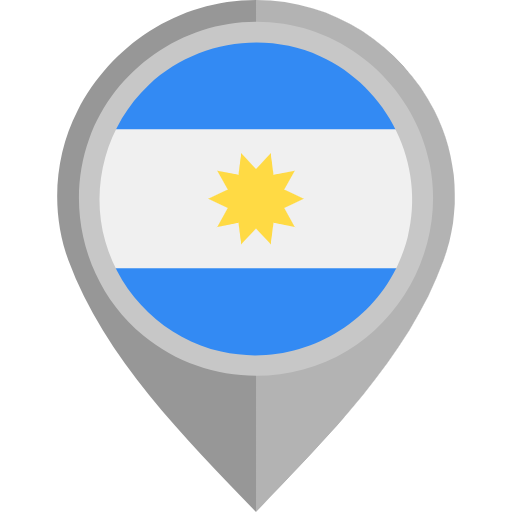 While the Internet is open in Argentina, you will still want to use a VPN in order to bypass restrictions that may be imposed in your school, university or workplace. Or, in order to access popular video streaming services such as US Netflix, HBO Max, Hulu and so on.

Plus, it will keep you protected while accessing public Wi-Fi hotspots, encrypting all data traveling between your devices and the rest of the Internet. No law can keep you secure if the Wi-Fi hotspot you’re connecting to is also used by a tech-savvy hacker looking to get ahold of your personal data. Except, again, if you’re using a VPN.

Finally, with a VPN, you get anonymity online with the likes of Google and Facebook not being able to keep up with every step you make online. And the same goes for various government agencies that seemingly can’t get enough of our personal data.

That being said, here are the best VPNs for Argentina:

The regulation of Internet content in Argentina addresses largely the same concerns seen in North America and Europe, focusing on combating the spread of child pornography and restricting child access to age-inappropriate material. As that was the case in other parts of the world, as Internet usage grew in Argentina increases – so did defamation, hate speech, copyright, and privacy issues.

In that sense, in June 2008 the Congress passed a law criminalizing child pornography.

Two years later, there was a case in Argentina when an appeals court overturned a lower-court ruling that found Google and Yahoo liable for defamation for including sex-related websites in their search results for an Argentine entertainer. The appeals court ruling said the firms could be held liable for defamation only if they were made aware of clearly illegal content and were negligent in removing it.

There was at least one case we don’t like, though. It happened in August 2011, when a judge ordered all ISPs to block the site LeakyMails, which obtains and publishes documents exposing corruption in Argentina. In response, some ISPs blocked the website IP address 216.239.32.2 which is linked to more than one million blogs hosted on Google’s Blogger service — disrupting access to all of them.

In November 2012, the CNC (the country’s “version” of the FCC) ordered the blocking of websites that contained information about bootloader unlocking of netbooks supplied by the Argentine Government. The legality of these actions in Argentina remains controversial.

As of 2017, any and all websites previously blocked are no longer blocked due to public criticism and lack of interest.

In that sense, in July 2014, the CNC ordered local ISPs to block The Pirate Bay due to an injunction of CAPIF, which is an Argentine music industry group and a member of the International Federation of the Phonographic Industry (IFPI). In response to this move, the website of CAPIF was hacked and turned into a Pirate Bay proxy server.

You need a VPN for Argentina…

And not just to be able to bypass various restrictions that could be imposed in places where you work and study; or to be able to access US’ versions of popular video streaming service — but to get the freedom online. To do whatever you want to do, without anyone knowing about it. And that we think is priceless — despite the fact that the best VPNs cost just a few dollars per month.

To sum it up, you’ll want a VPN that covers all your existing and future needs, including: