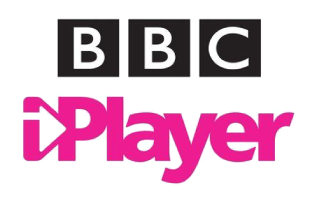 BBC iPlayer is a tricky beast. Even though it is not nearly as popular as Netflix, its admins put an extra effort to make BBC content hard to reach. In fact, it is one of the hardest streaming services to access.

By default, BBC iPlayer is blocked outside of Great Britain, but with the right VPN – you can do wonders, including accessing all the content you want.

Select a UK-based server or the one optimized for BBC iPlayer inside a VPN app, and you’re good to go. This, however, presumes you are using a great VPN. And that’s where we kick in to help you find the VPN solution for your unique needs.

The following VPN services have been tested to work with BBC iPlayer, while also allowing you to access other content, browse the web anonymously, and so much more. Check them out.

There is a reason why NordVPN is one of the best VPN services on the planet. Its network spreads across more than 5,000 servers in 60+ countries — which directly translates into faster connection speeds.

NordVPN is also very secure, relying on the super-strong 256-bit encryption that is combined with secure VPN protocols (OpenVPN, WireGuard and IKEv2/IPSec). But as a user, you get a seamless experience with all that tech working for you in the background.

NordVPN is well suited to pretty much every task you throw at it — streaming with BBC iPlayer being just one of them. You can also rely on NordVPN to access banned sites and other video streaming services like Netflix and Disney+ — or just to keep a low profile on the web. It doesn't keep any logs. Period.

If you're primarily getting a VPN for BBC iPlayer, CyberGhost should be one of your top contenders. It works just as well as its more premium (read: expensive) rivals, letting you enjoy your favorite shows and movies in full HD — even while on the go. This is made possible thanks to dedicated streaming servers that make sure you "don't miss a beat."

And that's just one piece of the puzzle, with CyberGhost offering many other bells and whistles like extensive privacy features, the ability to work across platforms, a built-in ad blocker and much more. Plus, its generous 45-day money-back guarantee and the ability to run it on up to 7 devices make for that much sweeter deal. Check it out.
3

Hotspot Shield is one of the fastest VPNs for watching videos from streaming services, and yes - this includes the BBC. The company uses its own proprietary technology to deliver blazing-fast download AND upload speeds.

We have tested Hotspot Shield with multiple locations and it managed to deliver an amazing streaming experience with BBC iPlayer, every single time.

In addition to a great desktop app, Hotspot Shield also has fancy mobile apps, which are super easy to use and work out of the box.

As that's typically the case with most VPN services out there, the longer you commit - the better deal you get. However, what makes Hotspot Shield even better is the fact that it offers a 7-day free trial of its service. A few other top VPN providers do the same. Plus, its money-back guarantee lasts for 45 days, making for a risk-free purchase. Cause, you can always get your money back. Sweet!
4

BBC iPlayer works with PrivateVPN. It's that simple. And the situation is similar with other streaming services like Netflix, Disney+, Hulu, Sky and so on.

Also as part of the deal, you will get a service that will keep your privacy and security protected "wherever the web takes you." This includes torrenting, among other things, where you could expect some of the fastest download and upload speeds on any VPN network.

The included zero-logs policy means that even the basic anonymized usage metadata isn't collected. We gotta respect that.
5

ExpressVPN is one of the best VPS services and is well suited to bypass any BBC iPlayer ban that gets thrown your way.

There are a few other VPNs that come close — and in some cases can even outshine ExpressVPN — but as far as the majority of users are concerned, this is one of the best VPN services they could buy.

ExpressVPN has great apps for all platforms, as well as browser extensions. Also, it is well suited for virtually all streaming services, not just BBC, but also Netflix, Disney+, Hulu, HBO and more.

However, what makes it stand out is its ease of use. One could tell a lot of time has been spent making sure even the advanced features are easily accessible. Plus, let's not forget ExpressVPN's speed which tends to leave other services in the dust. So whether you need a VPN for BBC iPlayer or anything else - ExpressVPN won't let you down.

Not to be confused with BBC Player – BBC iPlayer is an internet streaming, catchup, TV and former radio service from the BBC. Available on a range of devices and platforms — including computers, smartphones, tablets and smart TVs — iPlayer is delivered to UK-based viewers without ads. The service went live on December 25th, 2007 with apps for iOS and Android devices launching in February 2011.

Before September 2016, a TV license was not required to stream either BBC television or radio programs from iPlayer which had already been broadcast, though a license was still required in order to watch live content. Since September 2016, a television license is required to view any iPlayer content, regardless of whether it is live or on-demand. However, the enforcement of this measure only uses a trust system, under which users must acknowledge a pop-up window warning of this requirement. Neither the BBC nor TV Licensing announced any specific plans to implement detection measures.

In May 2017, BBC began encouraging users to login with a BBC ID to presumingly help it collect personal information that could be used to trace those who are evading TV licensing whilst using iPlayer. Also, the login information enables the service to provide personalization features across BBC properties, such as content recommendations on iPlayer, and the ability to continue watching a program on one device from where it was left off on another.

Initially, BBC had hoped the iPlayer would reach half a million users in its first six months. That was a gross underestimate, as 3.5 million programs were streamed or downloaded in the first three weeks alone.

In its first year, 2008, growth continued at an impressive rate. By April, the iPlayer accounted for around five percent of all UK Internet traffic and had approximately five million page views per day by June. In December, it was announced that more than 180 million programs have been watched on iPlayer since its release.

In October 2009, it was revealed that the site experienced 70 million requests and transferred seven petabytes of data. Television formed about two-thirds of all requests, with radio making up the rest. Most TV was streamed from pre-recorded footage, whereas live streaming was preferred for radio.

Eighty-five percent of requests were from computers, and the most popular TV program of 2009 was Top Gear.

The demands of the iPlayer have met with some concern and criticism from UK ISPs due to the added bandwidth the service required. Several ISPs, notably Tiscali, have called on the BBC to partially fund network upgrades to cope with iPlayer traffic. The BBC responded by saying that the iPlayer was driving demand for broadband subscriptions.

BBC TV productions are paid for by the UK television license fee and rights agreements with third parties. Thus, all BBC iPlayer TV programs are accessible only from UK-based IP addresses. However, most radio programs can be accessed globally, with the exception of things like sports broadcasts that are affected by rights issues.

An international version of the iPlayer was launched in July 2011 in eleven western European countries in the form of an iPad app, which offers a limited amount of free content, supported by pre-roll ads and sponsorship — but its core business model is subscription.

The global iPlayer app includes some features that are not in the UK version, such as the ability to stream shows over mobile networks as well as Wi-Fi, and a downloading feature to store programs on one’s mobile device for offline viewing. At launch 1,500 hours of content was made available of which 60% had been produced and commissioned by the BBC, while 30% had been commissioned by the BBC but produced by independents. The other 10% was entirely non-BBC content, including ITV’s Primeval, and Channel 4’s The Naked Chef and Misfits. Launches in Australia and Canada followed by the end of 2011 as part of what was intended to be a one-year pilot.

Although US availability was also anticipated in 2011, an American launch date was never announced. It is suggested that American cable providers threatened to drop BBC America if the iPlayer, which duplicates much of the content on the cable channel, was made available in the US market. All this has prompted BBC to discontinue the global iPlayer service in May 2015.

Today, those who want to watch the “original BBC iPlayer” use a VPN to connect to UK-based servers and join the show.