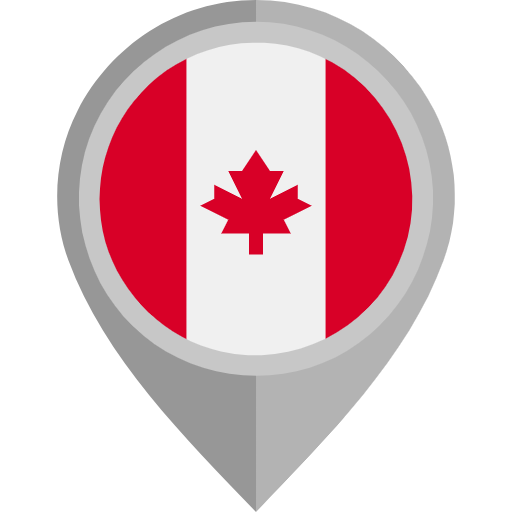 Canada is a free country, no doubts about it. You can access whatever you want on the Internet, but a few government agencies will try to keep up with every step you make online. And the same goes for tech giants like Google and Facebook.

In addition, there will be some restrictions imposed on you, like when you’re in a school, at work or some other place where admins have installed filtering software.

Also, you may want to access content that can’t be viewed from Canada’s soil, like the BBC iPlayer. Or just have to connect to the network in Europe for business purposes (for added security).

In all those cases, you will need a VPN and here are your best options:

Generally speaking, there is no censorship in Canada and you don’t have to worry about posting or commenting on pretty much anything in the country.

What’s more, Internet content isn’t specifically regulated in Canada, though there are local laws that apply to websites hosted in Canada as well as to residents who host sites on servers in other jurisdictions. For instance, there was a case of Ernst Zündel, who was investigated by the Canadian Human Rights Commission for promoting ethnic hatred via his website. Nothing wrong with that as far as we can tell.

In addition, in October 2011, the Supreme Court of Canada unanimously ruled that online publications cannot be found liable for linking to defamatory material as long as the linking itself is not defamatory.

However, there was also the case involving Telus which, in July 2005, briefly blocked a website being run by members of the Telecommunications Workers Union. The telco giant cited concerns over the publication of photos of employees who had crossed picket lines, and it’s advocating for readers to jam the company’s phone lines. Luckily, the situation was quickly resolved after an injunction was obtained to prohibit it from publishing the personal information of Telus employees.

This is the part we are not so sure about even though we’re 100% against piracy. You — all of us really — should pay content creators for their work. Otherwise, they wouldn’t be creating that content in the first place.

However, we don’t like when solutions to this problem are forced onto us and that’s what Canada tried to do.

In January 2018, the industry coalition formed by major Canadian telecom and media conglomerates called FairPlay Canada proposed the formation of a mandatory system to block websites “blatantly” involved in copyright infringement. The system would utilize an independent organization to submit blocklists to the government body CRTC (Canadian Radio-television and Telecommunications) for approval. The proposal didn’t envision any judicial oversight, with the ability of the Federal Court of Appeal to intervene only after the fact.

Many folks didn’t like this, criticizing the proposal for the possibility of abuse. Some even said that accidental overblocking could violate the Charter of Rights and Freedoms, with statistics showing that Canada was below global averages for unauthorized music distribution. Unsurprisingly — and luckily — the proposal was struck down by the CRTC, as copyright law is outside of its jurisdiction.

But the idea was still in the air and in November 2019, the Federal Court of Canada approved for the first time an interlocutory injunction requiring major Canadian ISPs to block a pirate IPTV service. The court ruled that this did not violate net neutrality or freedom of expression.

Yes, you need a VPN for Canada

In most cases, you will be able to browse the web freely but do you really want to see your digital breadcrumbs being used by tech giants to create your digital profile. So they could serve more personalized ads. In this setup, it is you who becomes the product. No need for that as a VPN can make you anonymous online.

Also, no amount of freedom can protect you when using public Wi-Fi hotspots which could also be used by malicious hackers who in turn could grab some of your personal information. Again, with a VPN you don’t have this risk as it will encrypt all the data traveling to and from your devices and the rest of the Internet.

Plus, let’s not forget what happens when you’re visiting other, less-free countries. Chances are there will be some hurdles on your way to the Internet if you’re not using a VPN.

To sum it up. All of us need a VPN these days. It’s just the world we live in. And the good VPN will let you do many things, including: