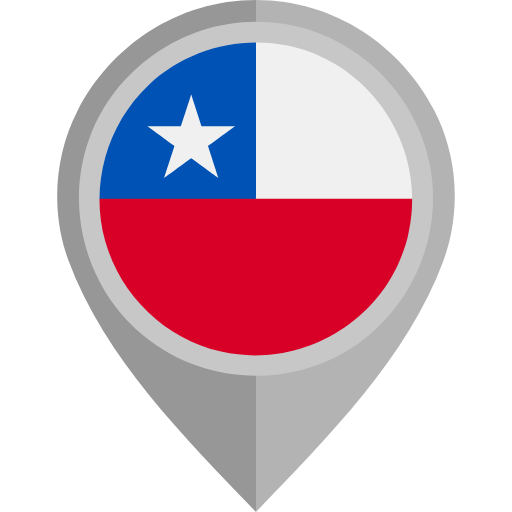 The Internet is fairly open in Chile but the use of VPN is recommended, nevertheless. And this is not only for the purpose of staying hidden from the authorities who could spy on their citizens but also from the Big Tech which seemingly can’t get enough of our data. So they could turn us into products and sell us “relevant” ads… whatever that means.

In addition, with a VPN running on your devices, you get to bypass various restrictions in your school, university, workplace and elsewhere. This is especially important when visiting some high-censorship countries where access to many sites we take for granted is forbidden. We’re talking about popular social networks, major media organizations and so on.

And that’s not all, with a VPN also providing its users with an extra layer of security when accessing public Wi-Fi hotspots. Cause sooner or later, we all take advantage of free Wi-Fi networks just to check our email, post something on Facebook, watch a video, and so on.

We’ve just scratched the surface here, but I’m sure you get the point – you need a VPN and here are the best options for Chile:

Online censorship is latent in Chile

Amendments to the Press Law in Chile — known as Digital Media Act — caused quite a bit of controversy over how it would affect the expression of Internet users. The problem is that in a country that has had its fair share of censorship issues, the defense of users’ freedom of expression quickly becomes an urgent necessity.

On one hand, the creators of these amendments defended it by appealing to the “spirit” of the law, which only intended to regulate traditional online media. On the other, there were organizations that noted the potential dangers of a bill that was poorly written — with negative effects towards online freedom of expression.

The problem comes from the definition of communication mediums in the current Press Law. It says that communication mediums are “those which are apt for transmitting, disseminating, broadcasting or propagating texts, sounds or images intended for the public, in a stable and regular manner, regardless of the medium or the instrument.”

The amendment aims to define what an electronic communication medium actually is and that could be a problem, with many of the news websites being designated as “newspapers” — which are then subject to the “regular” press law.

Arguably the most emblematic case is that of ElMercurioMiente.cl, a satire website aimed at the traditional conservative newspaper El Mercurio — which lost its domain name after being sued by lawyers of the owner, Agustín Edwards. They argued their case on the grounds of there being an abuse of intellectual property rights. Unfortunately, this is not an isolated case in Chile.

Another case involved the governor of Santiago and former presidential candidate, Claudio Orrego, who sued a satirical Twitter user for dubiously stealing his identity — which resulted in punishment for the accused user, in the form of 80 hours of volunteer work.

In June 2010, the National Congress of Chile amended its telecommunications law in order to preserve network neutrality, becoming the first country in the world to do so. The law, published in August 2010, added three articles to the General Law of Telecommunications, forbidding ISPs from arbitrarily blocking, interfering with, discriminating, hindering or restricting an Internet user’s right to use, send, receive or offer any legal content, application, service or any other type of legal activity or use through the Internet. ISPs must offer Internet access in which content is not arbitrarily treated differently based on its source or ownership.

Chileans are among the most worried about their Internet privacy

The 2019 survey shows that among the most worried about internet privacy are people in Chile, Kenya, and Turkey — while Swedes seem the most relaxed.

When asked about whether they felt their internet privacy is at risk, nearly 4 in 10 Chilean respondents said they strongly agreed. Chile has the highest rate of internet penetration in Latin America but also battles a high number of cyberattacks. More than 100 million such attacks occurred in the South American nation between 2014 and 2015 and the government made a priority to create a national security strategy for data protection that was adopted in 2017.

The country’s objectives for 2022 look at “a risk management approach to preventing and reacting to incidents, including (the) protection of information infrastructure, combating cybercrime while respecting fundamental rights, building cybersecurity culture through education and accountability, cross-stakeholder cooperation and active participation in multilateral and multi-stakeholder international discussions, and promoting cybersecurity industry innovations.”

To sum it up – you’ll want a good VPN for Chile, one that will have you covered in different situations including: