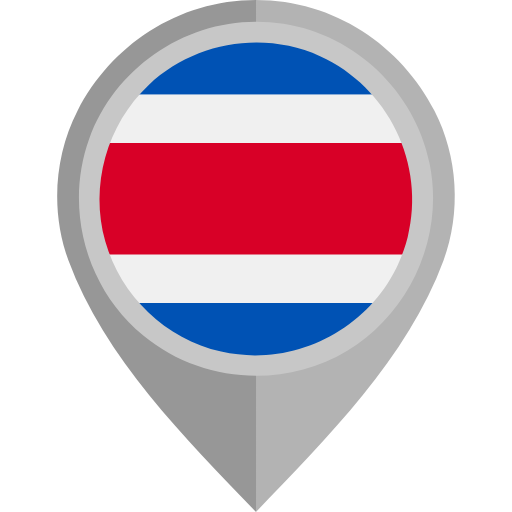 Although the Internet is open and free in Costa Rica that doesn’t mean you shouldn’t use a VPN. Because, it can still be limited in some places, such as your workplace, school, university, and so on. And let’s not forget when you have to visit some other country where the Internet is filtered.

Another aspect of why you (all of us) need a VPN is to be able to access services that are not available at our current place of residence. I’m talking about things like US Netflix, HBO Max, Hulu, etc. Even when these streaming services are available in your country, you don’t get access to the same catalog of movies and TV shows… And that has little to do with said services and everything to do with the way content rights are bought and sold on today’s market.

The third argument we want to emphasize is that a VPN makes you anonymous online with the likes of Google and Facebook not being able to track your web whereabouts. And the same goes for various government agencies that seemingly can’t get enough of our data.

That being said, here are the best VPNs for Costa Rica:

As noted above, the Internet is open in the country with no government restrictions being noted. If the government wants to spy on its citizens, it needs judicial oversight by law.

Costa Rica’s constitution provides for freedom of speech and press, and the government generally respects these rights in practice. Individuals are generally free to criticize the government openly without reprisal. The law limits hate speech in publications with regard to ethnic origin and race.

The problem is that the government continues to support legislation that imposes criminal penalties — including lengthy jail sentences — instead of fines for press infractions such as libel. Some journalists believe such legislation promotes self-censorship and we kinda agree with that since such practices don’t exist in the West.

Related to that, in July 2012 – the country’s president enacted Article 288, which includes amendments to the criminal code that establish a sentence of between four and eight years’ imprisonment for any individual trying to obtain inappropriately secret political information. Journalists and media organizations criticized the law, arguing it restricted access to information of public interest.

Top 5 reasons for using a VPN in Costa Rica

Despite the open Internet, there are still reasons why you should want to have a VPN on your devices:

1. Access to streaming services
Instead of using the local “variant” of Netflix, why not sign-up for the US version, which has the bigger catalog of movies and TV shows. Or, you may want to join the HBO Max party but can’t do it from Costa Rica — at least not without a VPN. Cause with a VPN, you can be virtually wherever you want.

2. Torrenting
Did you know that many ISPs block or throttle Internet speeds when users are downloading and uploading stuff with BitTorrent? Also, as far as you (don’t) know, you may be downloading copyrighted material and potentially face a fine. Not if you’re using a VPN – when your ISP will have no idea what you’re doing on the Internet.

3. Increased security
With a VPN, everything you do online is encrypted — not just when you visit HTTPS websites. This also applies to various apps you may be using on your computer or phone that “talk” to a remote server. No one will be able to get any meaningful information if he/she managed to intercept your traffic flow. Which brings us to the next section…

4. Using public Wi-Fi hotspots
The encryption a VPN provides is particularly important when connecting to public Wi-Fi hotspots, which may also be used by a tech-savvy hacker — who in turn may be able to intercept your data and potentially get ahold of your personal information. In case you wonder, these so-called “man in the middle” attacks happen more often than you would think.

5. Anonymity
Finally, with a VPN – you get your privacy back. You can surf the Internet like it’s the 1990s again when there were no Google and Facebook and their JavaScript code placed on millions of websites across the globe. It is this JavaScript that is used to create your digital profile so that they can later serve you “more personalized” ads. And by doing so, they turn you (all of us) into a product.

Yes, you need a VPN for Costa Rica

And not just for Costa Rica but for the entire world. You need a VPN that will cover all your existing and future needs, and do that across platforms and devices. A good VPN will have your back in many situations, including: