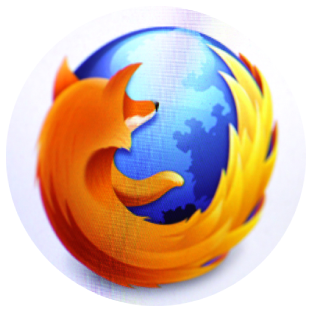 Before Google released Chrome, Firefox was the most popular web browser in the world. Things are different these days with Chrome dominating the landscape.

But as more users are becoming aware of privacy issues, the tide is shifting yet again and Firefox is making a comeback. And who’s to blame the users – after all, Google has been collecting data on all of us for years now.

So yes, Firefox offers more privacy than Chrome, but it could be even better with the help of a VPN service and a dedicated extension to keep your identity under the radar.

Here are the best VPN services for Firefox that will make your web experience that much more secure:

Mozilla Firefox, or just Firefox, is a free and open-source web browser developed by the Mozilla Foundation and its subsidiary, the Mozilla Corporation. Firefox uses the Gecko layout engine to render web pages, which implements current and anticipated web standards.

The software was created in 2002 under the codename “Phoenix” by the Mozilla community members who desired a standalone browser, rather than the Mozilla Application Suite bundle. During its beta phase, Firefox proved to be popular with its testers and was praised for its speed, security, and add-ons compared to Microsoft’s then-dominant Internet Explorer 6. Firefox was released on November 9, 2004, and challenged Internet Explorer’s dominance with 60 million downloads within nine months. Firefox is the “spiritual successor” of Netscape Navigator, as the Mozilla community was created by Netscape in 1998 before their acquisition by AOL.

Firefox usage grew to a peak of 32.21% at the end of 2009, with Firefox 3.5 overtaking Internet Explorer 7, although not all versions of Internet Explorer as a whole, usage then declined in competition with Google Chrome.

Why use a VPN with Firefox?

Although we deem it better for privacy than Google Chrome, there are still a few good reasons to use a VPN with Firefox.

For start, you will get an added layer of privacy with VPN showing a different IP address to the sites you’re visiting — different than the one provided by your ISP. This in turn will tell these site owners and trackers they use that you are in a different location.

This same capability will let you access parts of the Internet that you may not be able to access with your current IP address. This happens in places where IT admins block access to parts of the Internet, such as university campuses, some workplaces and high-censorship countries. Heck, you may need a VPN just to be able to see what your friends are up to on Facebook or watch some clip on YouTube.

Also, with a VPN, you get to keep your “at home access” from all over the world — when visiting other countries, simply connect to a server in your home country and as far as the rest of the Internet knows, you haven’t moved much at all.

And that’s just a start as a VPN has much more to offer. Which brings us to the conclusion that you should…

Think beyond Firefox – you need a VPN for many things. In that sense, a good VPN will:

The top contenders that tick all these boxes include the following: