Best VPNs with Free Trials in 2022 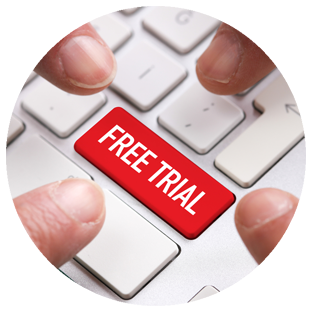 We tested more VPN services than we care to count. This means you don’t have to test all of them to find the one that is best suited for your Windows.

The best ones — which you do want to get — are not free. Some of them, however, offer a free trial or a strong money-back guarantee, which is equally valid. Yes, you will have to pay some money upfront, but you will also be able to quickly get that money back in case you don’t like the service.

Even though we doubt that will be the case — we have selected the best services, after all — it’s good to know, there is an option to get your hard-earned cash back for any reason.

Here’s our list, consisting of the services that either offer a free trial or a money-back guarantee. Chances are you will find the service for your needs here.

You SHOULD test a VPN…

But you shouldn’t necessarily ask for a free trial cause in most cases – it is not available. That’s just the way the industry works.

However, most VPNs — at least the best ones — offer a money-back guarantee which is as good as a free trial. So if during that money-back period (typically 30 days), you find that a VPN doesn’t work for you – simply ask them to return you the cash. It’s that simple.

And during that month, you’ll want to test a VPN as much as you can:

You don’t want to regret your decision later on. So, make sure to get a VPN that will cover all your needs. That’s why we think…

The free trial option lets you test some service — in this case a VPN — before paying for it. Not many VPNs offer free trials, but as we’ve noted above – they “get away” with money-back guarantees that tend to last for a whole month. And as far as we’re concerned, these work just as well. At the end of the day, you need a free trial for test purposes, and a money-back guarantee provides you with the same capability. Again, if you determine that some VPN doesn’t work for you – ask to get your money back.

What you want is the best VPN!

In that sense, a free trial option is nice, but not a dealbreaker. At least not in our book. You do want a respectable VPN that has proven to work for many users — even millions of users. And so what if it doesn’t provide the free trial option? It offers a money-back guarantee that accomplishes the same thing – lets you test the service before committing to a long(er) term contract.

But, you may wonder, what makes a great VPN? The answer to that question depends on what you need a VPN for and where you live.

Generally speaking, you’ll want to sign-up for a VPN that has many servers spread across the world, adopts new technologies and has a solid zero-logs policy, which is preferably confirmed by a third-party audit.

In other words, you’ll want to…

Get a VPN for all your needs…

Forget free trial, get a VPN that could be used for many other things, including (as we’ve mentioned above) for: