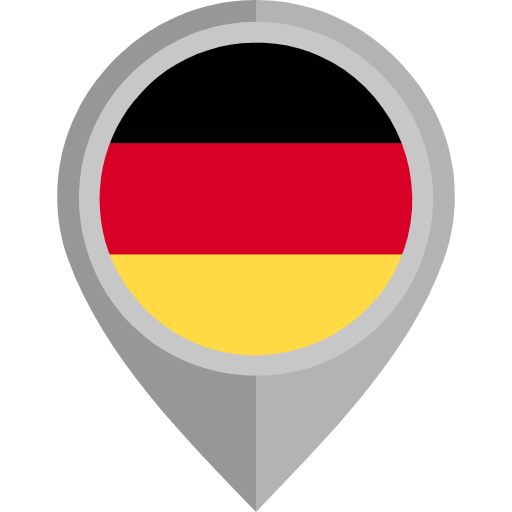 The fact that Germany is a free and open society doesn’t mean you shouldn’t use a VPN in the country. There will still be obstacles on your way, like when you want to access Facebook and YouTube from schools, universities and workplaces.

In addition, no free society can protect you while using public Wi-Fi hotspots when a malicious actor could be able to intercept your data and potentially obtain your personal information.

Plus, let’s not forget VPN’s ability to bypass various restrictions when visiting other, less free countries as well as to let you access US versions of popular streaming services such as Netflix, Disney+, HBO Max and so on.

We’ve tested many VPNs and here are those that we deem to be the best for Germany:

While Internet censorship in Germany has traditionally been low, it is practiced directly and indirectly through various laws and court decisions. German law provides for freedom of speech and press with several exceptions, including some of the world’s toughest laws around hate speech.

An example of content censored by law is the removal of websites from Google search results that deny the holocaust, which is a felony under German law. According to the Google Transparency Report, the German government is one of the most active in requesting user data after the United States.

However, it is worth adding that most cases of Internet censorship in Germany occur after state court rulings.

The first known case of Internet censorship in Germany occurred in 1996 when some IP addresses were banned from Internet access.

Laws governing the Internet in Germany

There are several laws that are governing the Internet in Germany, including:

Ancillary copyright for press publishers
Passed in 2013, the law aimed to prevent search results from returning excerpts from news sites unless the search engine has paid a license for them. It was widely interpreted as an attempt to have Google subsidize German news. In response, Google modified search to only display headlines for certain sites. The problem, however, is that major media companies like Axel Springer saw an overall decrease in their readership following the law’s passage.

Network Enforcement Act
The Netzwerkdurchsetzungsgesetz or NetzDG was passed in June 2017 and went into full effect in January 2018 as a measure to require social media companies in Germany to censor extremism online, with significant hate speech provisions as well. The law, which applies to for-profit websites with over 2 million users, demands the removal of offensive illegal content within 24 hours and allows for one week to review “more legally ambiguous content”.

Why do you need a VPN for Germany?

As we have noted above, free speech alone can’t protect you against hackers using the same public Wi-Fi hotspots as you do. Furthermore, without a VPN, you can’t access the likes of US Netflix, HBO Max and Hulu.

Plus, let’s not forget the extra anonymity you’ll get with a VPN — otherwise, your ISP, as well as Google and Facebook, will know every step you make online. And the same goes for torrenting, which will be totally anonymous with a VPN running in the background.

We have just scratched the surface here – a good VPN will: