Best VPNs for Indonesia in 2022 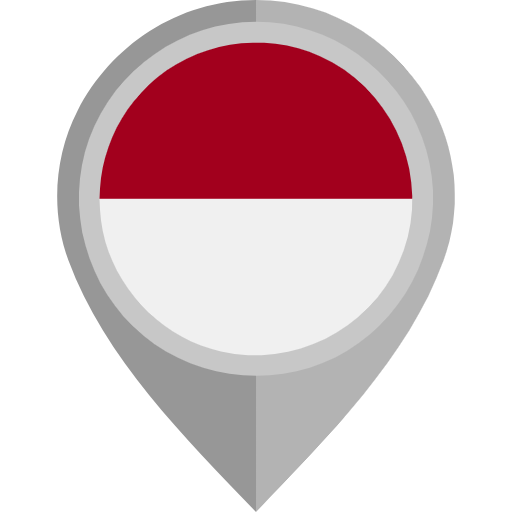 Indonesia is a very specific country, an archipelago that includes more than 17,000 islands. But despite these geographic challenges, the majority of the population has access to the Internet.

However, not everyone can access the Internet in its entirety — at least not without a VPN. And so many folks in the country are using one to be able to keep a low profile on the world wide web, anonymously use BitTorrent, access video streaming services like US Netflix and Disney+, and so on.

In addition, a good VPN also protects users while connecting to public Wi-Fi hotspots, which could also be used by a savvy hacker looking to get ahold of your personal information (and later sell it for profit).

Yes, you (all of us) need a VPN, and here are the best services for Indonesia:

Internet filtering exists in Indonesia. In the social arena, it is deemed “substantial,” and “selective” in the political and Internet tools arenas. OpenNet Initiative, which tested the country’s Internet practices during 2009 and 2010, has found no evidence of filtering in the conflict/security arena though it did note that Internet filtering is unsystematic and inconsistent.

That medium score stems from the fact that the government wants to increase its control over offensive online content, particularly pornographic and anti-Islamic online content. In that sense, it regulates such content through legal and regulatory frameworks and partnerships with ISPs and Internet cafes.

The “famous” cases of Internet filtering

Among Indonesia’s notable “Internet victims” was YouTube when, back in 2008, Google did not respond to the government’s request to remove the film Fitna by the Dutch parliamentarian Geert Wilders — which purportedly mocked the Islamic prophet, Muhammad.

Another famous case was Facebook and in particular, one account that promoted a competition to draw Muhammad. And so in May 2010, the government of Indonesia sent a letter to Facebook urging the closure of that account, asked all ISPs to limit access to the account’s link, and invited the Indonesian Association of Internet Cafe Entrepreneurs to restrict access to the group. Due to opposition from the civil society, however, ISPs disregarded the government’s requests, and the account remained accessible.

Facebook — along with WhatsApp and Instagram — was also blocked in May 2019 three days after riots in Jakarta to prevent hoax and fake news.

Another popular app, Telegram, was blocked in 2017, as it was being used to spread “radical and terrorist propaganda.” Telegram was later unblocked after several agreements with the government.

Finally, starting from September 2018, a few websites — including Vimeo, Tumblr and Reddit — were censored as the government accused them of hosting content that includes nudity.

The use of VPNs is growing in Indonesia…

Several website shutdowns and filtering have prompted many folks in Indonesia to start using VPNs to be able to access the Internet in its entirety. With a good VPN running on their devices, it is virtually impossible for the government to know what they’re doing online, letting users browse the world wide web like it’s nobody’s business. Which, we think is the point of it all — that what you’re doing online should be your and your business only.

And that’s just a start. Basically, we all need a VPN these days to keep us protected. One that will let us do many things, including: