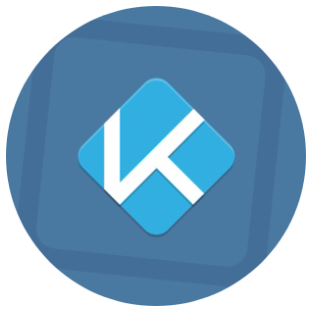 Developed by the XBMC Foundation, Kodi is one of the most popular media players that is available on multiple platforms. It allows users to play and view most streaming media, such as videos, music, podcasts, and videos from the Internet. What makes Kodi unique is that it can play files from the torrent sources, meaning that a good VPN for Kodi is also a good VPN for torrenting.

However, most users want a universal VPN solution, one that isn’t just good for one thing but can also handle multiple different tasks. So after testing many, many different VPNs, we came up with the following list of best VPNs for Kodi; but again – these VPNs are also great for other use cases, all while offering excellent customer support.

You will hardly go wrong with any of the services on the list, but for the best experience go for the top pick and forget about it. 😉

There is a reason why NordVPN is one of the most popular VPN services on the planet. Its network includes more than 5,000 servers in 60+ countries — which directly translates into faster connection speeds.

NordVPN is also very secure, relying on the super-strong 256-bit encryption that is combined with secure VPN protocols (OpenVPN, WireGuard and IKEv2/IPSec). But as a user, you get a seamless experience with all this technology working for you in the background.

NordVPN is well suited to pretty much every task you throw at it — streaming with Kodi being just one of them. You can also rely on NordVPN to access other banned sites and video streaming services like Netflix and Disney+ — or just to keep a low profile on the web. It also doesn't keep any logs.

ExpressVPN is one of the best VPS services and is well suited to bypass any Kodi ban an ISP, your employer, school or country censors throw your way.

There are a few other VPNs that come close — and in some cases can even outshine ExpressVPN — but as far as the majority of users are concerned, this is one of the best VPN services they could buy.

However, what makes it stand out is its ease of use. One could tell a lot of time has been spent making sure even the advanced features are easily accessible. Plus, let's not forget ExpressVPN's speed which tends to leave other services in the dust. So whether you need a VPN for Kodi or anything else - ExpressVPN won't let you down.
3

Hotspot Shield is one of the fastest VPNs for watching videos with Kodi. The company uses its own proprietary technology to deliver blazing-fast download AND upload speeds.

We have tested Hotspot Shield with multiple locations and it managed to deliver an amazing streaming experience with Kodi, every single time.

In addition to a great desktop app, Hotspot Shield also has fancy mobile apps, which are super easy to use and work out of the box.

You can rely on it for streaming and torrenting, with included extra features like CleanWeb and MultiHop, delivering a that much better — and more secure — experience. Also, it will work great with Kodi.

Formerly called XBMC, Kodi is a free and open-source media player software developed by the XBMC Foundation, a non-profit technology consortium. Kodi is available across devices and platforms, allowing users to play and view most streaming media — such as videos, music, podcasts, and videos from the Internet — as well as all common media files from local and network storage media.

One of the things that make Kodi popular is the ability to “make it your own” with skins that can change its appearance, and plug-ins that allow users to access streaming media content via online services such as Amazon Prime Instant Video, Crackle, Pandora, Rhapsody, Spotify, and YouTube. Also, Kodi could be used to watch live television with an electronic program guide (EPG), access weather forecasts reporting, watch slideshows and more.

The creation of Kodi

Originally created in 2002 as an independently developed media player application named Xbox Media Player for the first-generation Xbox game console. In 2004, the name was changed to Xbox Media Center — abbreviated as XBMC — which was adopted as the official name in 2008. Later on, the application was made available under the name XBMC for Android, Linux, BSD, macOS, iOS/tvOS, and Windows.

Because it is an open-source project with its core code written in C++, modified versions of Kodi-XBMC have been made for a variety of devices such as smart TVs, set-top boxes, digital signage, hotel television systems, network-connected media players and Raspberry Pi-based embedded systems. Derivative applications such as MediaPortal and Plex have been spun off from XBMC or Kodi.

Kodi has attracted some negative attention due to the availability of third-party plug-ins that facilitate unauthorized access to copyrighted media content, as well as “fully loaded” digital media players that are pre-loaded with such add-ons. For what it’s worth, the XBMC Foundation has not endorsed any of these uses, and has taken steps to disassociate the Kodi project from these add-ons, including threatening legal action against those using its trademarks to promote them.

On the other hand, this same capability has brought Kodi fans in many parts of the world, especially in countries where access to some of the popular video streaming services is not widely available or is expensive by local standards.

Why do you need a VPN for Kodi?

Kodi could be blocked for any number of reasons and it all depends on what you’re doing with it. For instance, if you’re just using it to watch or listen to files on your computer, no one can and will block you. However, if you’re watching some movie from BitTorrent, your ISP may block you from doing so, or throttle your connection speed to make it impossible to enjoy the video.

With a VPN, your ISP won’t know what you’re doing online. And the same goes for any other party that could be prohibiting you from accessing the Internet in its entirety. It could be your employer, a school or the country’s censors. A good VPN will be able to get around all these restrictions with no one knowing what you’re watching, listening or reading on the Internet.

You need a VPN for many things, not just for Kodi. A good VPN will:

The top contenders that check all these boxes — while also letting you stream audio and video files with Kodi from all around the world — include the following: