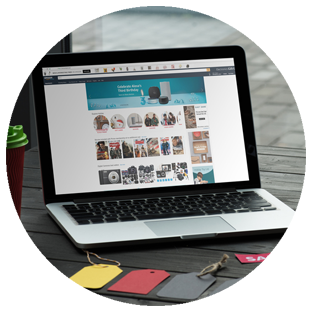 We tested more VPN services than we care to count. This means you don’t have to test all of them to find the one that is best suited for your Mac.

With a VPN app running on your Mac, you will be able to hide your online activity, stream Netflix from virtually anywhere, download files via BitTorrent anonymously, encrypt and protect private data from cybercriminals, bypass censorship rules, and much more. So yes, you should sign-up for a VPN service and get your privacy back.

Out of many, many VPN services we’ve tried – we came with the following list of best VPN services for Mac users:

What makes the best VPN for Mac?

We first wanted to define some criteria before coming up with the list of Best VPNs for Mac. And so, we tested many services in different scenarios, including:

Torrenting
We wanted to see how a VPN handles torrenting. Does it have servers dedicated to P2P traffic or are all servers up for the task? Both solutions work for us, but in the former case – we like to see P2P-dedicated servers clearly marked on the list. Cause that makes for that much better user experience.

Streaming
The main question to ask is – can you use a VPN for streaming from all the popular services? Do you get a buffer-free experience from different servers? Can a streaming service detect that you’re using a VPN — and, consequently, block your access? Are there servers dedicated to Netflix? There is a set of “sub-criteria” we have when determining whether some VPN is up for the task.

Unlimited access
Can a VPN bypass your ISP’s restrictions? How about when connecting from a university campus? Can it get the job done without anyone knowing which sites you often visit? You don’t want a VPN that can’t handle the relatively simple school firewall, right? And the same goes for your workplace and other locations that may block parts of the Internet.

Bypassing censorship
Related to the previous point – can a VPN be used in high-censorship countries like China, North Korea, Iran, Saudi Arabia, UAE, etc? The infamous Great Firewall of China is arguably the hardest to bypass, but the best VPNs can do it – and we love ’em for that.

Good for all your needs
Not all VPNs shite at all use cases, but we wanted to come up with a good list. So we decided to select those that are rock-solid for whatever you throw at them. In other words, the best VPNs for Mac let you access services like Twitter and Netflix from all around the world, while offering strong zero-logs privacy – which we like to see being confirmed in a third-party audit.

Speed & reliability
Last but not the least, we had to see what kind of speeds each of the VPNs can deliver. If the experience was too slow, we realize you can’t rely on it to access YouTube despite such an option being possible. Similarly, we wanted to test whether a VPN delivers consistent download and upload speeds. Cause, in some cases, that reliability is even more important than speed.

There are free VPNs, but…

…we don’t suggest them. At all.

Building a solid server network requires a lot of money, which is something free services don’t have. And if they do, chances are they are getting that cash from selling their users’ data. This isn’t the compromise we’re willing to take as it effectively kills the point of getting a VPN in the first place.

Instead, you should get a VPN with a proven track record to work from everywhere, and that’s what this list of Best VPNs for Mac is all about.

Also, you’ll want to insist on getting a VPN with a money-back guarantee. So, if you determine that the service doesn’t work for you, there is an option to ask for a refund and try some other VPN. There is no need to throw away money like it’s nobody’s business. It’s your money and you should demand to get a solid service. Cause prices of all VPNs are rather similar — at max, we’re talking about differences of a few dollars per month. Your privacy and unlimited access to the Internet is worth more than that.

Get a VPN for your Mac for everything!