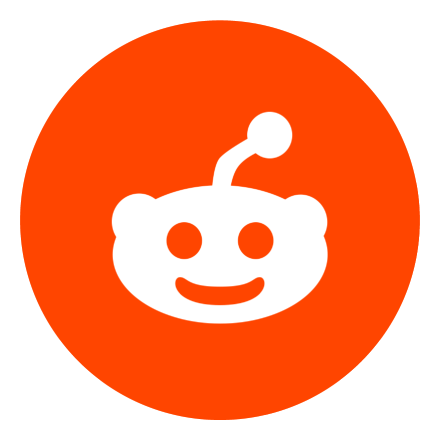 One of the most popular social networks, Reddit, is not only inaccessible from many parts of the world but is also blocked in some workplaces, schools and so on.

There are easy ways to circumvent these restrictions – by using a proxy or a VPN. We prefer the latter, since it also adds an additional layer of encryption to the mix, while also unlocking the Internet in its entirety. With a VPN running on your devices — not just your computer but also your smartphone and even a tablet — you get to access all the services that could otherwise be outside of your reach. These would include US Netflix, HBO Max, Disney+, and so on and on.

In addition, a VPN will keep you protected while accessing public Wi-Fi hotspots so that no one can snoop into your traffic and potentially get ahold of your personal information.

That being said, we think everyone should be using a VPN these days, and here are the best options for Reddit:

For those who haven’t heard of it, Reddit is a social news aggregation, web content rating, and discussion website that allows its members to submit links, text posts, images, and videos — which are then voted up or down by other members. All these posts are organized by subject into user-created boards called “communities” or “subreddits”, covering more than 130,000 different topics. Submissions with more up-votes appear towards the top of their subreddit and, if they receive enough up-votes, ultimately on the site’s front page. That being said, it is important to add that Reddit has moderators who ensure there are no harassments on the platform.

The site was founded by University of Virginia roommates Steve Huffman and Alexis Ohanian, and Aaron Swartz in 2005, and was later acquired by Condé Nast Publications. In 2011 however, Reddit became an independent subsidiary of Condé Nast’s parent company, Advance Publications.

Formerly called Reddit Gold, Reddit Premium is (obviously) a premium membership that allows users to view the site ad-free. Users may also be gifted coins if another user particularly valued the comment or post, generally due to humorous or high-quality content. Reddit Premium unlocks several features not accessible to regular users, such as comment highlighting, exclusive subreddits, and a personalized Snoo (known as a “snoovatar”). Reddit Gold was renamed Reddit Premium in 2018. In addition to gold coins, users can gift silver and platinum coins to other users as rewards for quality content.

Reddit is known for its open nature and diverse user community that generates its content. Its demographics allow for wide-ranging subject areas, as well as smaller subreddits to serve more niche purposes. The possibilities that subreddits provide create new opportunities for raising attention and fostering discussion across various areas. In that sense, Reddit has been a platform to raise publicity and funds for a number of causes.

Also, in 2010, Christians, Muslims, and atheists held a friendly fundraising competition, where the groups raised more than $50,000. A similar donation drive in 2011 saw the atheism subreddit raise over $200,000 for charity.

Reddit itself wowed to donate 10% of its annual ad revenue to non-profits voted upon by its users. As a result of the campaign, the company helps organizations such as Electronic Frontier Foundation, Planned Parenthood Federation of America, Doctors Without Borders, Erowid Center, Wikimedia Foundation, Multidisciplinary Association for Psychedelic Studies, NPR, Free Software Foundation, Freedom From Religion Foundation, and Tor Project.

Statistics from Google Ad Planner suggest that 74% of Reddit users are male. Also, its users tend to be significantly younger than average with less than 1% of users being 65 or over.

Reddit is known in part for its passionate user base, which has been described as “offbeat, quirky, and anti-establishment.”

AMAs, or “Ask Me Anything” interviews, are among Reddit’s most popular features that allow users to ask questions to interviewees. Notable AMA participants include former-United States President Barack Obama (while campaigning for the 2012 election), Bill Gates (multiple times), and Donald Trump (also while campaigning). AMAs have featured CEO Steve Huffman, as well as figures from entertainment industries around the world (including Priyanka Chopra and George Clooney), literature (Margaret Atwood), space (Buzz Aldrin), privacy (Edward Snowden), and others.

The website has been blocked in many countries, including Indonesia, China, India and Russia. And that, unfortunately, is not the complete list as there are many democratic countries where some employers are limiting access to certain websites, Reddit occasionally being one of them.

So yes, you’ll want to have a VPN running on your devices so that you can bypass these sorts of restrictions. And it’s not just about Reddit — a good VPN will help let you do many other things, as well. For instance, it will: