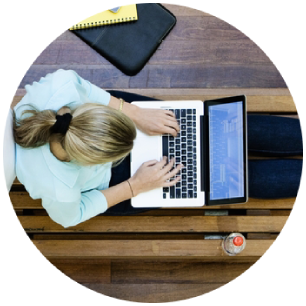 Schools and universities have been playing with firewalls for quite some time now, preventing students from freely browsing the world wide web. Want to access some nasty website? Can’t do it. Want to download files with BitTorrent? Can’t do it.

True, the situation varies from one school to the other, but most educational institutions are implementing some restrictions. And, obviously, students don’t like that.

So, they’re turning to VPNs to be able to roam the Internet with no limits of any kind — and, without administrators knowing what they’re doing online.

However, not all VPNs will get you past schools’ firewalls. We’ve tested more VPNs than we care to count and out of the bunch, we selected the following 5 services that won’t let you down. In fact, these VPNs will work whether you need them for your school or any other situation, protecting your privacy across all your devices — not just computers. Check ’em out and thank us later…

Why do you need a VPN for the school?

IT admins in schools, colleges and universities are under strict orders to keep students focused on the task at hand. And that would mean studying with little Internet-based disturbances as possible. Therefore they tend to block access to popular social media websites such as Facebook, Twitter, Instagram, Snapchat, TikTok, YouTube, and so on and on. Also, video streaming services like Netflix and Disney+ tend to get the same treatment. And the same is true for torrenting on college WiFi networks — it is not allowed.

Students, obviously, don’t like that and are turning to services like proxies and VPNs to bypass these — we would say — ridiculous limitations. Yes, we partly understand why such bans have been put in place, but also – we don’t. It should be up to every individual to decide how he/she will spend his/her time — accessing which sites, for instance.

There is another possible reason why some schools block access to video-heavy websites — their limited bandwidth. If everyone is able and is accessing Netflix, the Internet on the campus could be in jeopardy. Or at least that used to be the case… (as we’re hoping most schools have a ton of bandwidth these days).

A VPN comes to the rescue…

The easiest way to circumvent any restrictions, including those placed by your school, is to use a VPN. There are many options out there, most of which will let you easily bypass limitations placed by local IT admins.

Sure, there are schools with big and well-funded IT departments, but they can do little against the best VPN services. After all, that is their core business — to let everyone and anyone access the Internet in its entirety, without any limitations posed by a school, a government, or anyone else.

There is a software (LearnSafe) that could tell IT admins that someone on the network is using a VPN, but with the best VPN services constantly adding new IP addresses – it is practically impossible for schools to completely block the VPN usage on campus.

There are free solutions that let students bypass schools’ Internet restrictions. These tend to be proxies rather than VPNs. Unlike VPNs, proxies won’t keep you anonymous online. Also, because many of these services are free, you won’t get good download and upload speeds, making their usage terrible at best. Sometimes, you won’t be able to connect at all.

The infrastructure involved in running a great VPN costs real money and free services can hardly compete with companies that are in this for the long haul.

You may be able to use a proxy one day only to realize that it doesn’t work the next day. And the situation may be even worse for streaming services when you may not get a buffer-free experience — making it a pain to watch a movie.

I guess you can try some proxy — it’s free after all — only to know to appreciate the VPN even more.

You (all of us, really) need a VPN for many things, not just for bypassing firewalls in one’s school. A good VPN will:

The top contenders that check all these boxes — while also letting you access all of Internet from an educational institution — include the following: