Best VPNs for Streaming in 2022 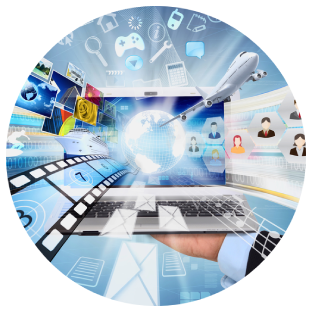 It’s not hard to find a good VPN for streaming with most services touting their offerings to provide the “real no-buffer experience.” The truth is somewhat different, with users in different parts of the globe getting a different experience.

So we decided to thoroughly test all the popular VPNs and come up with a list of the most reliable ones. All of the services on our list will “get the job done,” but for the best experience — grab the one at the top and forget about it.

Cause in addition to streaming, you may also want to use VPN for other things, like surfing the web anonymously, downloading files via BitTorrent and more. At the end of the day, none of us use a computer for one thing only, and the same should be true for a VPN service, right?

Anyway, here are the best VPN services for streaming (that will also work for other things):

You may remember the “good ol’ days when websites were simple pages of text with maybe an image or two. Today, however, anyone with a good Internet connection can stream HD movies or make a video call over the Internet. This is possible because of a technology called streaming.

Streaming is defined as the continuous transmission of audio or video files from a server to a client. In plain English, streaming is what happens when you watch TV or listen to podcasts on Internet-connected devices. With streaming, the media file being played on the client device is stored remotely and is transmitted a few seconds at a time over the Internet.

Streaming is real-time, and as such – it is more efficient than downloading media files. If a video file is downloaded, a copy of the entire file is saved onto a device’s storage space, and the video cannot play until the entire file finishes downloading. In contrast, when the video is being streamed – the browser or an app is playing the video without actually copying and saving it. The video loads a little bit at a time instead of the entire file loading at once, and the information is not saved locally.

A good way to visualize the difference between downloading and streaming is to picture a lake and a river. While both contain water, it is not all in the same place at the same time in a river. A downloaded video file is more like a lake, whereas streaming is like a river.

How does streaming work?

Like that is the case with other data that is sent over the Internet, audio and video data is broken down into data packets. Each packet contains a small piece of the file, and an audio or video player in the browser on the client device takes the flow of data packets and interprets them as video or audio.

However, sending video over the Internet — as opposed to sending text and still images — requires a faster method of transporting data than TCP/IP, which prioritizes reliability over speed. Therefore, streaming uses the User Datagram Protocol (UDP) protocol that significantly improves the speed.

Unlike TCP, UDP does not send messages back and forth to open a connection before transmitting data, and it does not ensure that all data packets arrive and are in order. As a result, transmitting data does not take as long as it does via TCP, and while some packets are lost along the way – there are so many data packets involved in keeping a stream going that the user seldom notices the lost ones.

This is done because for streaming, speed is far more important than reliability. Nevertheless, some users may experience buffering, especially when accessing the Internet on slow connections. There are a few reasons why buffering happens, including network performance (latency & congestion), the user’s Internet connection quality, and the performance of client devices.

Why do you need a VPN for streaming?

Many ISPs — as well as certain schools, universities, and even entire countries — don’t like streaming. Simply put, it requires more bandwidth than accessing regular websites. So they may decide to entirely block access to streaming (or video) websites or throttle the user’s connection speeds making accessing such services difficult at best (if not impossible).

Add to that the fact that access to some streaming websites differs from country to country (Netflix being just one example) and you quickly realize why many folks get a VPN. Cause, sometimes, it can even make streaming faster, making it harder (if not impossible) for an ISP to know what it’s doing online. Therefore, it cannot block or throttle the connection.

You (all of us, really) need a VPN for many things, not just for streaming. A good VPN will:

The top contenders that check all these boxes — while also enabling buffer-free streaming — include the following: