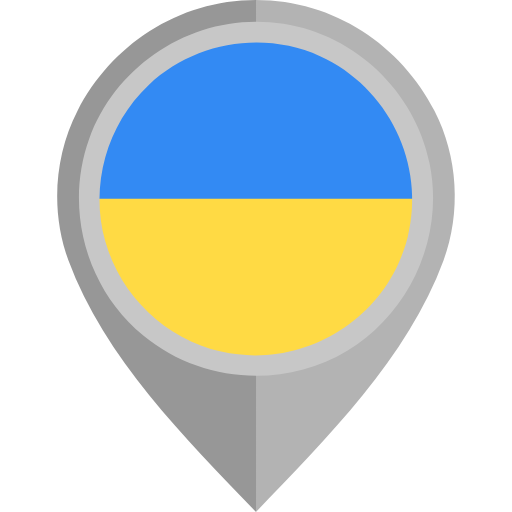 Although the Internet is relatively free in Ukraine, you will still want to use a VPN. For what it matters, it has little to do with Ukraine and everything to do with the world we live in today — with the likes of Google and Facebook, as well as various government agencies, looking to create our digital profiles. And this happens whether we like it, let alone approve it, or not.

With a VPN, you get another layer of protection, which will guard you against Big Tech and anyone else looking to get ahold of your personal information. Also, a good VPN will unlock content from all around the globe for you, letting you — for instance — access services such as US Netflix, HBO Max, Hulu and so on.

You’ll also get to bypass other restrictions that may be imposed in your workplace, your school, university and so on. For instance, your ISP may be throttling your Internet (limiting its speed) when you’re using BitTorrent — with a VPN, they won’t know what you’re doing online so they won’t be able to do anything about it.

And that’s just a start as VPN has more to offer. Here are the Best VPNs for Ukraine:

In December 2010, the OpenNet Initiative found little or no evidence of Internet filtering in all four areas (political, social, conflict/security, and Internet tools) for which they test.

Similarly, the Freedom on the Net report covering the period May 2012 through April 2013 found the Internet in Ukraine to be “largely unhindered” and rated the Internet in the country as “Free” with an overall score of 28 on a scale from 0 (most free) to 100 (least free). The report noted that “there is no practice of institutionalized blocking or filtering, or a regulatory framework for censorship of content online.”

However, it added “there have been attempts at creating legislation which could censor or limit content” and would “present indirect threats to freedom of information online.”

The main law that “deals” with the content on the Internet, the Law on Protection of Public Morals, prohibits the production and circulation of pornography; dissemination of products that propagandize war or spread national and religious intolerance; humiliation or insult to an individual or nation on the grounds of nationality, religion, or ignorance; and the propagation of “drug addiction, toxicology, alcoholism, smoking and other bad habits.”

But, and it’s a big “but,” law enforcement bodies are known to monitor the Internet, at times without appropriate legal authority. There have been occasional agitations of interference by law enforcement agencies with prominent bloggers and online publications.

Despite the constitution and laws providing for freedom of speech and press, the government does not always respect these rights in practice. Also, the ongoing crisis in Ukraine has resulted in a major threat to press freedom in recent months. A May report from the Organization for Security and Co-operation in Europe (OSCE) found approximately 300 instances of violent attacks on the media in Ukraine since November 2013.

Amid tensions with Russia, Kiev is not tolerating any other points of view in the press. A crackdown on what authorities describe as “pro-separatist” points of view has triggered dismay among Western human rights monitors. For example, the September 11, 2014 shutdown of the independent Kiev-based Vesti newspaper by the Ukrainian Security Service for “violating Ukraine’s territorial integrity” brought swift condemnation from the international Committee to Protect Journalists and the Organization for Security and Cooperation in Europe.

Yes, you need a VPN for Ukraine

Whether you’re a resident or just a visitor to the country, you should run a VPN on all your devices. And it has little to do with Ukraine – we think people from all around the world should use a VPN. It’s just the world we live in.

For Ukraine, you’ll want a VPN in order to access geo-restricted content such as US Netflix, HBO Max, Hulu and so on. Or you may just need an American IP address. Or one in Germany, France, etc. With a VPN, you get to choose your virtual location.

Also, a VPN will protect you while connecting to public Wi-Fi hotspots, encrypting all data traveling between your devices and the rest of the Internet.

Ultimately, with a VPN – you get anonymity on the Internet, with no agency or tech giant being able to watch your digital footsteps. Unfortunately, this is a sort of luxury these days.

To sum it up, you’ll want a VPN that lets you do many things, including: