Best VPNs for United States in 2022 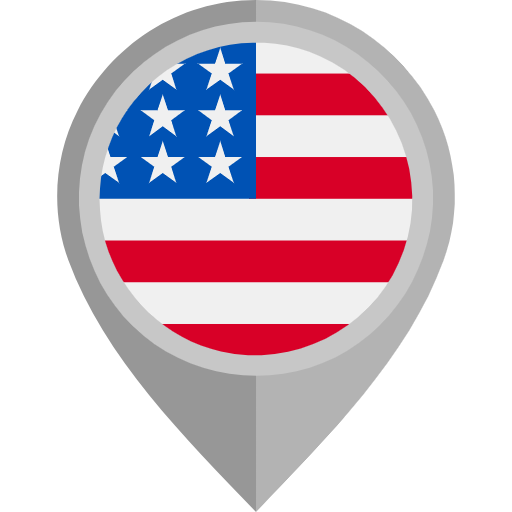 The fact that the United States has free speech emblazed in its constitution doesn’t mean your Internet will always be open. Quite the contrary, there are some establishments like schools, universities, and even some workplaces that won’t let you access all parts of the world wide web.

School IT admins are instructed to add content filters so that students can’t visit “certain” websites (if you know what we mean). Similarly, major corporations would like you to be more focused on the spreadsheet at hand than to watch something on YouTube.

And so both groups are imposing restrictions on what you can and cannot do on the Internet. That, of course, presumes that you are not using a VPN – cause with a VPN, you get to do whatever you want online. Whether it’s watching a Netflix show, keeping up with your friends on Facebook or downloading an adult flix – it is your and your business only.

Here are the best VPNs to use in the United States:

Why you need a VPN for the US?

Yes, you can access the Internet in its entirety in the United States, but only at home or when visiting a (good) friend. In some other cases, your web whereabouts may be limited by content filtering software. And that’s just the tip of the iceberg – here are 5 reasons you should use a VPN in the U. S. of A.

1. Unlimited access
With a VPN, you get to bypass all the different roadblocks that some entities could place on your way to the desired content or service. As noted above, this could happen at schools & universities, workplaces and pretty much everywhere else where you are not paying for access. It is up to the Internet connection’s owner to decide what you can and cannot access online. And trust me – there are places that go overboard with this.

2. Avoid throttling
You may be satisfied with your ISP but did you know that while it lets you freely browse the web, it could throttle your Internet connection (make it slower) when you’re doing something it doesn’t like online. For instance, this happens when people download and upload stuff a lot using BitTorrent. Or when they watch many Netflix shows. With a VPN, ISPs have no idea what you’re doing on the Internet and can’t do much to stop you.

3. Don’t let them track you
Major tech companies like Google and Facebook — as well as various government agencies — seemingly can’t get enough of our data. To make things worse, some of us willingly provide them with details we wouldn’t tell our parents — I’m talking about Facebook. On the other hand, Google learns about us through its search product, Gmail, Maps, Android and Chrome browser — allowing it to create a comprehensive digital profile about every one of us. With a VPN, it doesn’t get that chance.

4. Stay safe on public Wi-Fi hotspots
Sometimes you have to use a public Wi-Fi hotspot, which at that point could also be used by some malicious actor — and then, that hacker may be able to intercept your data. Not if you’re using a VPN, which will encrypt all communication between your device(s) and the rest of the Internet, making it impossible for anyone to snoop into your traffic. This is called the “man in the middle” attack and is easily preventable with a VPN.

5. Anonymity
Finally, with a VPN – you get to regain your privacy and anonymously surf the web, download and upload files without anyone knowing “what you did last summer.” There is really no good reason to let anyone know what you read, watch and/or listen to online — and a VPN will help you do just that. Use it to your advantage.

What about free solutions?

I guess it is ok to try out some app, but… Sooner or latest — most likely sooner — you’ll see that it doesn’t work properly.

You see, building a solid server network requires money, a lot of it, and that is something free services don’t have. And if they do have money, chances are they are getting it from selling their users’ data. Is this a compromise you’re willing to take? I don’t think so, as making such a move effectively kills the point of getting a VPN in the first place.

Instead, we suggest going for a VPN with a rock-solid track record to work from everywhere, the United States included. And that’s what this list is all about.

Moreover, you’ll want to get a VPN with a money-back guarantee. So, if you determine that the service doesn’t work for you – there is an option to ask for a refund and try some other VPN. There is no need to throw away money when you can have the best VPN for a few more cents or dollars per month. Your privacy and unlimited access to the Internet are worth more than that.