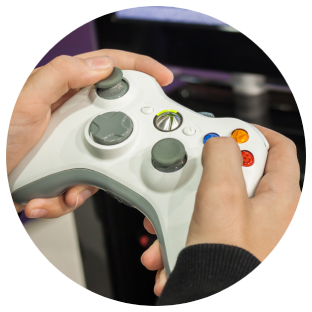 An Xbox is a connected device so why on earth would you leave it unprotected? Why would you want other people to know which games you’re playing, with whom you’re chatting, and so on?

Even though it’s a gaming console, the Xbox One will also benefit from a VPN connection, which will keep your online whereabouts private while at the same time protecting you against nasty attacks.

Of course, you don’t want a VPN only for you Xbox — a good VPN service will keep your entire home and/or office protected, while at the same time allowing you to surf the web anonymously, download files with BitTorrent, stream movies and TV shows, and so much more.

So without further ado, here are the best VPNs for Xbox (that could also protect your computers and other devices):

There are two ways of protecting your Xbox with a VPN:

Solution #1: Connecting Xbox to VPN through your router

This is the easiest way to connect your Xbox to a VPN, but it requires a compatible router and a VPN that can work with it. And the good news is that all the best VPNs are up for the task.

The problem is — if that’s really a problem — there are no apps for most routers and you will have to manually set up your router in order to benefit from increased security. Nevertheless, it is all worth the effort considering the increased security and privacy you’ll be benefiting from at the end.

Also, most VPNs provide you with detailed, step-by-step instructions that are easy to follow even for tech newbies.

Then, once your router has been set up to work with a VPN, the next step is to connect your Xbox to the network. After that, all data your console receives and sends will be routed through a secure channel.

Solution #2: Connecting Xbox to a VPN through your PC

The other way to connect your Xbox to a VPN is to rely on your PC/Mac Internet connection. This setup will require that your Xbox and PC (or Mac) are connected with an Ethernet cable. Also, you will have to install a VPN app on your computer before starting to configure your Xbox.

Once that part is done, go to the “Network & Internet” section to “Allow other network users to connect through this computer’s internet connection” and tick the “Select a private network” box. Something similar has to be done on a Mac.

Why connect your Xbox to a VPN?

The right question should be – why not? You’ll get the anonymity we (all of us) deserve and perhaps even a slightly faster connection with your ISP not being able to tell that you’re playing online games. In fact, as far as they are concerned – you are just accessing some secure website, while VPN is doing “its thing” in the background. And that thing involves encrypting all the data coming to and from your computer and other devices.

Think beyond your Xbox – get a VPN that sings along all of your devices. You’ll want the one that works for:

The bottom line is – get a VPN for everything. The top contenders (which will also make Xbox gaming more secure) include the following: