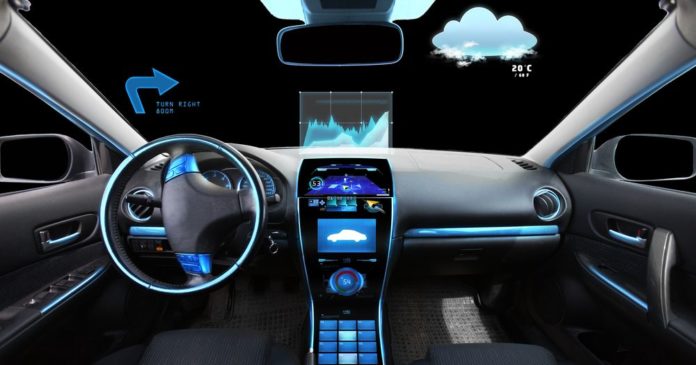 It is not just electric cars that are bursting with sensors, but also the regular gas vehicles have more sensors than one would imagine. That fancy infotainment system is not used only to keep you and other passengers entertained during the ride, but also to collect and show other information related to the state of the vehicle. And once collected, these details can and will be sent back to the manufacturer, which in turn is able to partly offer them to interested third parties.

There’s nothing illegal in this, mind you, but the details are hidden in the fine print most users never read. I’ll have to admit to being one of those people. Heck, even if you do read terms and conditions in full, chances are you can do little to change them.

Alas, the result of these terms is that car manufacturers can do whatever they please with your vehicle’s data. Some of that will be used toward internal R&D efforts, while some other parts may be sold (as mentioned above).

To be fair, carmakers tend to anonymize all the data they collect, but that doesn’t mean some of the data can’t be de-anonymized. GPS location itself could tell a ton about everyone.

Rent-a-car agencies are the worst

It doesn’t come as a surprise that rent-a-car agencies use a ton of sensors. After all, they want to know where their vehicles are at any given moment. Nothing wrong here and we all kinda know they’re doing it.

For one thing, their insurance premiums go down then they include location tracking into their fleet.

But, and here’s the problematic part, they may (and do) go beyond location tracking. There are other sensors onboard that could help them improve their service but also in aggregate – they could help carmakers and other companies from the car industrial complex.

So they collect every single data point they can and either use it internally or, again, sell it to interested third parties.

At one point, Hertz was installing microphones and cameras in their cars, although they later insisted those were never turned on. Nevertheless, just knowing there’s a microphone and a camera (or more of them) in a rented car is spooky, even if it’s never turned on.

While that could be a turnoff for some people, in some locations there are not that many options to choose from and you can end up with a rent-a-car company that is including all kinds of surveillance tech in its vehicles.

Luxury cars are also not great

The high-tech vehicles of today are mostly upgrading their interior designs, adding stuff like better infotainment systems, while most of the internal combustion stuff remains pretty much the same.

Electric cars are different here as they get to be envisioned from the ground up, but they are even more bursting with sensors. Makers of e-vehicles can track many (if not all) parameters of each of their cars. This, in turn, helps them update cars over the air, without the car owner visiting the local dealership.

To be fair, many of these systems can be used to save lives, prompting faster response times by the firefighters and other emergency services divisions. Also, they help carmakers more easily diagnose potential problems with the vehicle.

The spooky thing with new technology are things like a camera that watches the driver to stay awake. Yes, there are cars with cameras pointing all the time at the driver’s face. And sure enough, this can be handy (and life-saving), but just imagine how this system could be misused. What if someone manages to hack into the car maker’s servers and potentially get ahold of that camera?

Most things in a vehicle are connected, with newer car models shipping with 4G connection out of the box. That will be 5G in mere years. Yes, it’s scary. Which leads us to the final section…

How can you stop your car from spying on you?

Like any other guy, I like smart gadgets and how they streamline some things for me. But there’s a line I’m not willing to cross.

Do I need that camera that will keep me awake at all times? I’m not going to fall asleep anyway as I don’t get to drive while being super tired.

Also, do I really need an Internet connection in a vehicle? I don’t think so. I can always use my phone if I do need to check something online. That connection wouldn’t be always used anyway, while the carmaker will be able to get a ton of details about my driving because of it.

There are new cars that have the optional Internet and I say – go for such models to protect your privacy a bit. Carmakers will still be able to know many things about you, but lets at least make it a tad harder for them to track me/us down.

Now I’m eager to hear your thoughts. Would you get an Internet-connected car and do you mind all that electronics in your vehicle being used against you. Cause at the end of the day, this is the case. Carmakers no longer want to just sell us the car, they want to follow every move we make. And that, my friend, is something we don’t like.