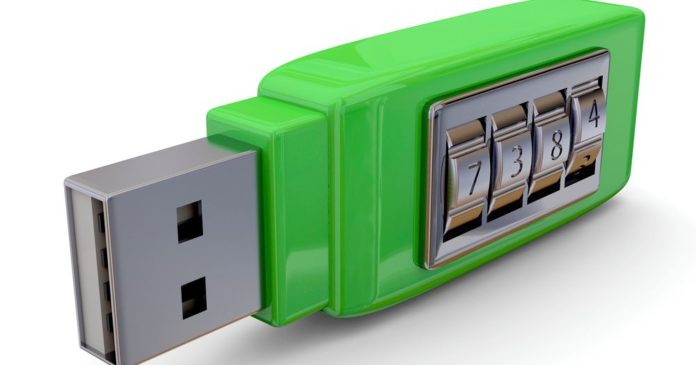 An encrypted USB/flash drive provides users with an easy way to physically store their private files, without worry that anyone will be able to access them. It is a simple way to safeguard your private data when you need to move it from one device to the other — and for some reason you don’t want to do that over the Internet. In this article, we’ll explain everything you need to know about encrypted USB drives and why you should consider getting one today (if you still don’t have one). Read on for details…

What is an encrypted USB drive?

There are many reasons why you would want to use an encrypted USB drive, with some of the most common use cases include storage of financial documents, medical and other sensitive files and data. Additionally, you may be working in an organization that requires employees to always use encrypted USB drives.

There are a few different ways to get started with an encrypted flash drive:

Most operating systems come with built-in encryption tools, allowing you to create your own encrypted USB drive without any third-party software. This, however, may limit the usefulness of a USB drive to select operating systems. For instance, Windows users rely on BitLocker whereas those using a Mac, opt for FileVault2. Both are great tools but may cause problems, or even refuse to work, on other platforms.

On the other hand, if you just need to move files from one Windows computer to the other – BitLocker will get the job done for you. And the same is true for FileVault2 for Mac users.

Nevertheless, for cross-platform compatibility, you are best off using a third-party software — which is what the next section is all about.

There are many third-party encryption apps to choose from, and out of the bunch – we think the following are worth your time:

All of the options listed above will sing along Windows, macOS and Linux operating systems — making for that much more portable encrypted USB drives. VeraCrypt and AES Crypt are open-source, if that matters to you.

If you don’t want to bother with encryption and would rather let others do the hard work, you can get an off-the-shelf pre-configured encrypted USB drive. Here too there are many options to choose from, including:

All of the options mentioned above work across platforms, offering military-grade encryption and — in some cases — custom software. Also, all are available in a few different storage options, from 4GB to 128GB and beyond. As that’s usually the case, the more storage a USB drive has – the higher the price.

At the end of the article, we have to ask – which of the options outlined here will you choose? The comments form is all yours…