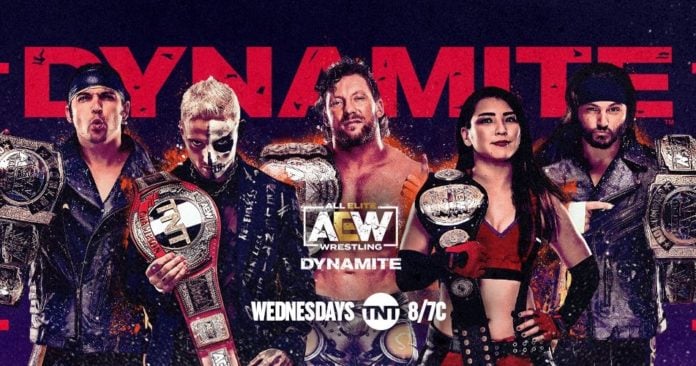 Fans of wrestling shows were rejoicing when AEW was formed to take on WWE long after it acquired its main competitor WCW. Alas, the AEW shows are still not widely available all around the world, and in order to join the party – you’ll need a good VPN.

But first, let’s explain AEW for those who haven’t heard about it before…

AEW for the uninitiated

All Elite Wrestling, or AEW for short, is an American professional wrestling promotion founded in 2019. It was announced by entrepreneurs Shahid Khan and his son Tony, with the former acting as the promotion’s lead investor, and the latter being the founder, president and CEO of the company.

Professional wrestlers Cody Rhodes, Matt and Nick Jackson, and Adam Page, collectively known as The Elite, were the promotion’s inaugural contracted talents. Rhodes and the Jacksons are serving as both performers and executive vice presidents alongside Kenny Omega, fellow professional wrestler and co-founder of The Elite.

Since October 2019, AEW has produced a two-hour weekly television show, AEW Dynamite, airing live on TNT in the United States. Its debut on TNT, which averaged 1.409 million viewers, made it the largest television debut on TNT in five years.

And so on January 15, 2020, WarnerMedia and AEW announced a $175 million contract extension for Dynamite on TNT through 2023 and that AEW would be launching an upcoming second television weekly show.

As of August 2020, you can even buy AEW action figures and toys, and there are also AEW video games in development.

All being said, we are not surprised that AEW is described as the first company with major financial backing to take a swing at WWE on a major level in nearly two decades.

As part of that plan (to compete with WWE), AEW has established a working relationship with Chinese professional wrestling promotion Oriental Wrestling Entertainment (OWE) and a partnership with Mexican promotion Lucha Libre AAA Worldwide (AAA).

Where to watch AEW online?

You can watch AEW fights on B/R TV, Fite TV and on TNT — the last of which is available as part of the Hulu + Live TV package.

Fite TV costs $4.99/month or $49.99/year, and there is the ever-handy 7-day free trial option for new accounts. It effectively lets you watch a fight without paying a single dime.

Nevertheless, we prefer Fire TV though in order to watch it from outside of the U.S. – you’ll need a VPN. You should use it to first connect to a US-based server and then access the streaming platform. Otherwise, Fire TV won’t let you in as its content is limited to American audience.

As we have noted above, you will be able to watch AEW for free but only for a single week while the free trial period lasts. After that, it is up to you to decide whether this is something you want to pay for or not.

There is also an option to watch AEW fights with Hulu + Live TV; while that’s a pricey plan, it does include a number of live TV stations as well as access to all the great content Hulu has produced during the years.

In any case, a VPN will help you get your wrestling fix, but you shouldn’t use it just for accessing AEM, cause…

A VPN can do much more…

Aside from letting you enjoy AEW fights from all around the world, a VPN can let you watch pretty much any other show. More importantly, it will let you regain your privacy, allowing you to anonymously browse the web and download files.

You see, these days many different entities want our data. They want to know which websites we visit, what kind of movies and TV shows we watch, music we listen and so on. On one hand, Big Tech companies like Google and Facebook want this data so they could serve us what they call “better” ads. This effectively makes us products.

On the other hand, there are various government agencies spying on us for no good reason. Sure, they want to prevent the next terrorist attack, and in the meantime feel the pulse of the nation.

We don’t like that and would rather stick to our VPNs to defend our right to privacy. Cause that’s what it is – the right. And we shouldn’t give away that easily, especially when the tool for the job costs a few dollars per month. That, we believe, is the money well spent.

If you agree with that — and still don’t have a good VPN — hop over to our page with Best of the Best VPNs and take it from there. We’re sure you’ll find the one that works for you.