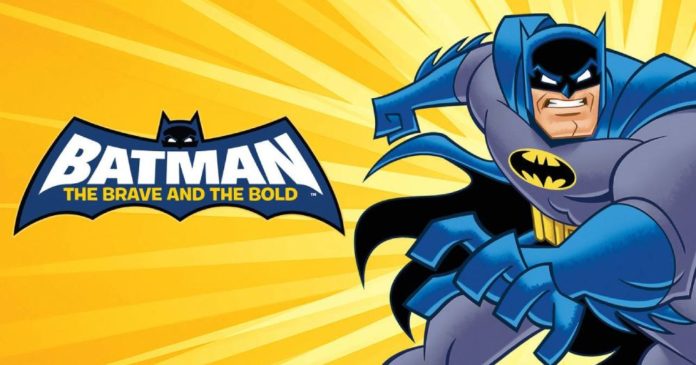 Don’t know about you, but I’m a big fan of Batman. Whether we’re talking about the more serious version of the character like the one depicted in Christopher Nolan’s movies or the one from the earlier comic books – I like it.

So kids are not the only ones enjoying watching Batman: The Brave and the Bold. I like it too, but since I’m not based in the U.S. – I’m using a VPN in order to connect HBO Max and then watch this Batman series whenever I want.

Before explaining how you too could join the “watching party,” let us explain this Batman show to everyone who hasn’t heard of it before…

Batman: The Brave and the Bold 101

Batman: The Brave and the Bold is an animated TV series based in part on the DC Comics series The Brave and the Bold which features two or more superheroes coming together to solve a crime or foil a supervillain. This version of Batman has a much lighter and simpler, often comic feel, targeting younger viewers though the older folks — myself included — enjoy it just as well.

While the show has featured major heroes such as the Green Lantern and the Flash, it is consistently focused on the lesser-known individuals that portrayed the heroes, such as Guy Gardner and Jay Garrick, rather than the more popular, better known Hal Jordan or Barry Allen. In the episode “Bat-Mite Presents: Batman’s Strangest Cases!”, Batman even teamed up with Scooby-Doo and the Mystery, Inc. gang to defeat the Joker and the Penguin in a retelling of the two similar crossovers from The New Scooby-Doo Movies.

Additionally, Batman’s alter ego of billionaire playboy Bruce Wayne did not appear as an adult during the series in situations where Batman was unmasked. His face was kept hidden until the season 2 episode “Chill of the Night!” when Batman finally confronts Joe Chill. From this episode onwards, whenever Bruce Wayne appears, his face is no longer silhouetted.

After Batman: The Brave and the Bold ended, a new show, Beware the Batman, returned the character to a more serious tone.

Why you may need a VPN to watch Batman: The Brave and the Bold?

Well, the show will otherwise be inaccessible to you. In the U.S. – it’s available on HBO Max and in some other markets, it may be accessed through HBO Go (though that’s not guaranteed).

So if you’re not in the U.S. — or even if you are and are traveling outside the country — you will need a VPN in order to trick HBO Max’s servers that you’re on U.S. soil. Simply select a server in the United States and you will be able to access all the good stuff HBO Max has to offer. And that’s a lot.

As far as we’re concerned, HBO Max is one of a few streaming services worth subscribing to. Not only will you get access to the vast Warner Bros catalog of movies and TV shows, but will also be able to watch new movies on the same day when they are released in theaters. That feat alone is worth the subscription or at least that’s what we think.

That being said, and as we’re usually saying, you should…

…and get a VPN for everything.

Yes, HBO Max is an amazing service but a VPN has much more to offer. Aside from letting you access ANY streaming service, it can also do other things.

For instance, with a VPN – you will be able to bypass various restrictions that may be imposed in your school, university, workplace, or an entire country. This is especially important when you plan to visit a high-censorship country such as China.

More importantly, a VPN will make you anonymous online so that Google and Facebook can’t easily track you down. And the same goes for your ISP, government agencies, and everyone else looking to know what you’re doing on the Internet – and potentially profit from that knowledge.

All in all, we think everyone should be using a VPN these days, and in that sense – we suggest finding one for yourself from our Best of the Best VPNs page. Check it out today!