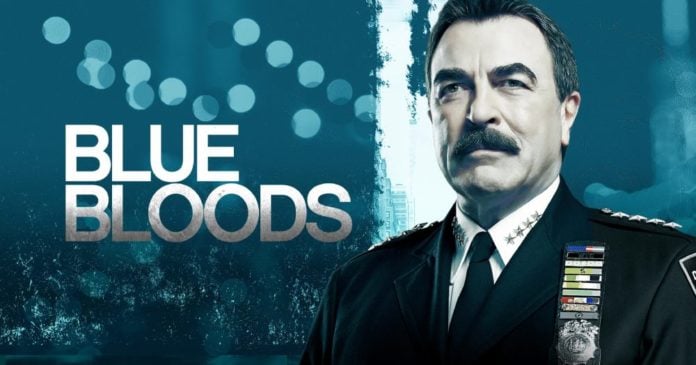 Fans of the police drama series were rejoicing when CBS decided to renew Blue Bloods for a tenth season. It’s not a small feat for any series to air that long, mind you — so we can perfectly understand if you want to watch it from anywhere.

CBS is well known for syndicating its shows to cable operators across the globe, but you may want to watch the show on your computer, or smartphone — for that you’ll need to login to CBS All Access. And a VPN if you’re not in the U.S. Which is the point of this article, to show you how to keep up with the Reagan family from all over the world.

But first, let’s see what Blue Bloods is all about…

Blue Bloods is a police procedural drama series that airs on CBS. Its main characters are members of the fictional Reagan family, an Irish Catholic family in New York City with a history of work in law enforcement. Blue Bloods stars Tom Selleck as New York City Police Commissioner Frank Reagan; other main cast members include Donnie Wahlberg, Bridget Moynahan, Will Estes, Len Cariou, and Sami Gayle. The show is filmed on location in New York City with occasional references to nearby suburbs. The series debuted on September 24, 2010.

How to watch Blue Bloods in the U.S.

If you can watch CBS, you can keep up with Reagans. However, the situation complicates in other parts of the world and this also affects Americans traveling (or living) overseas. They won’t be able to watch Blue Bloods without a VPN, with CBS’ servers using geo-blocking software to lock out anyone trying to view its content from abroad.

How to watch Blue Bloods from anywhere

As noted above, you’ll need a VPN to mask your physical location (IP address) and replace it with the location of one of its (VPN’s) addresses. Once you start a VPN, you should connect to a US-based server in order to watch the show, and once that part is done — you can enjoy all CBS’ shows, not just Blue Bloods.

Nevertheless, you will need a valid CBS All Access subscription. If you don’t have it yet — you can sign-up for free (trial). Here’s how to do it:

Start a VPN, connect to a US-based server, and then head over to CBS.com. Now go to “CBS All Access” and find a button to start a 7-day free trial. From now on, you can watch Blue Bloods as much as you want… as well as all other shows that are available on CBS.

A VPN lets you do much more…

Aside from letting you watch Blue Bloods and other geo-restricted content, a good VPN will also help you regain your privacy. No longer will government agencies and tech giants be able to follow you online. You get to anonymously browse the web, download files and do just about anything you ever wanted without worrying that someone’s watching “every step you make.”

Somewhat related, you also get to conduct your business in a secure manner, connecting from previously defined IP addresses to your office wherever it happens to be. Likewise, connecting to public Wi-Fi hotspots is no longer risky, with VPN encrypting all communication between your device and the server you’re visiting…

We have just scratched the surface here, but the point is — a VPN gets you more freedom. So yes, you need a VPN and you need it now. Start by going through our list of Best of the Best VPNs, and take it from there.