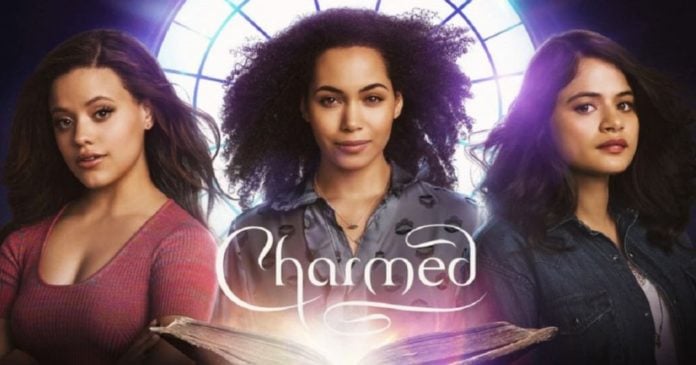 Today’s Charmed is actually a reboot of the WB series of the same name which aired from 1998 until 2006, garnering critical acclaim and following from all over the world. Like the original show, this new Charmed tells the story of three sisters (Macy, Mel and Maggie) who discover they are The Charmed Ones following the mysterious death of their mother Marisol.

And you may want to join the watching party… But before we delve into details on how to do that, let us first describe Charmed for the uninitiated.

What’s Charmed all about?

For those who haven’t heard of it, Charmed is a supernatural fantasy drama TV series that was originally broadcast by The WB for eight seasons from October 7, 1998, until May 21, 2006.

The narrative follows a trio of sisters, known as The Charmed Ones, the most powerful good witches of all time, who use their combined “Power of Three” to protect innocent lives from evil beings such as demons and warlocks. Each sister possesses unique magical powers that grow and evolve, while they attempt to maintain normal lives in modern-day San Francisco. Keeping their supernatural identities separate and secret from their ordinary lives often becomes challenging, with the exposure of magic having far-reaching consequences on their various relationships and resulting in a number of police and FBI investigations throughout the series.

Charmed achieved a cult following and popularity on The WB with its first episode “Something Wicca This Way Comes” garnering 7.7 million viewers, breaking the record for the network’s highest-rated debut episode. The show’s ratings were a success for the relatively new and smaller WB network.

Charmed has received numerous awards and nominations. In 2010, The Huffington Post and AOL TV ranked Charmed within their joint list of “The Top 20 Magic/Supernatural Shows of All Time,” while in 2013, TV Guide listed the series as one of “The 60 Greatest Sci-Fi Shows of All Time.” The series has also become a source of pop culture references in film and television and has influenced other succeeding television series in the same subgenre. The show’s success has led to its development in other media, including a video game, board games, soundtracks, novels, and a comic book series which served as a continuation of its narrative. According to data research from The NPD Group in 2012, Charmed was the second-most binge-watched television series on subscription video-on-demand services.

A reboot series of Charmed, featuring different cast members and characters, premiered on The CW on October 14, 2018. And that’s the series you’ll want to watch these days.

The current Season 3 of Charmed premiered on January 24 on The CW, with new episodes airing weekly for a total of 18 episodes this season.

How to watch Charmed online in the U.S.

Americans with a cable subscription can tune into The CW every Sunday at 9pm ET/PT to watch Charmed. Online, the show is available the day after from CW’s website, requiring the credentials from your cable provider.

Alternatively, you can watch Charmed from one of the following services:

It is up to you to decide which of the services listed above works best for you.

How to watch Charmed online from anywhere

In Canada, the show airs every Sunday at 9pm ET/PT on the W Network. Online, you can watch it on Amazon Prime Video with StackTV, which adds $12.99 per month on top of your Prime subscription. For that money, you also get access to other channels such as HGTV Canada, Food Network Canada, Slice, Global, History, Showcase, Adult Swim, National Geographic, Teletoon, Treehouse and YTV.

UK viewers can watch the first two seasons of Charmed on Channel 4’s E4. As of writing this article, a UK premiere date has not been announced for season 3, though it’s safe to assume Channel 4 will keep airing it once it’s available.

Everyone can join the party with a good VPN and use it to first connect to a US-based server and then sign-up for one of the services listed above. You will still need a valid subscription — or you can take advantage of the free trial period.

If the service requires that you pay with a US-based credit card, you can bypass this with a gift card. You can find a good selection of gift cards from MyGiftCardSUPPLY. And in case you wonder, our money goes to Hulu + Live TV.

Don’t get a VPN only to watch Charmed

While there’s nothing wrong with that, we think you shouldn’t limit yourself to a single show.

You see, a VPN has much more to offer, and will most importantly – keep you anonymous online. Considering that everyone wants a piece of our data these days — i.e. Big Tech and various government agencies — this extra dose of privacy is a luxury. But that doesn’t mean you’ll have to pay a fortune to get it, with the best VPN services costing just a few dollars per month.

In addition, with a VPN – you get to bypass various restrictions that could be imposed in your country, workplace, school and so on. No need to settle for filtered content when you can have it all with just a few clicks.

And that’s just a start. We think everyone should have a VPN these days. To get started, visit our page with Best of the Best VPNs and take it from there. And never look back. 😉