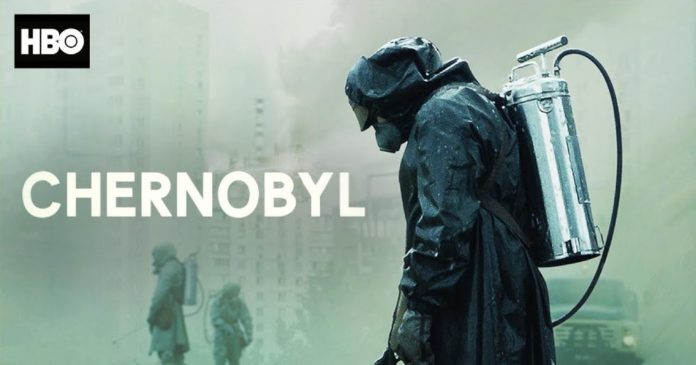 Ever since its release in 2019, Chernobyl quickly emerged as one of the most popular TV series on HBO. It is a historical drama that keeps you engaged until the very last episode and unsurprisingly – people all around the world want to watch it. But they couldn’t. Except if they use a VPN…

But I’m getting ahead of myself, let’s first see what Chernobyl is all about and what makes it so popular, and then we’ll discuss how you can join the show as well — no matter where you live.

What’s all the fuss about Chernobyl (TV series)?

Released in 2019, Chernobyl is a historical drama television miniseries produced by HBO and Sky UK. Created and written by Craig Mazin and directed by Johan Renck, the series revolves around the Chernobyl nuclear disaster of April 1986 and the cleanup efforts that followed. It tells the stories of the people who caused the disaster and those who responded to it.

Specifically, Chernobyl depicts some of the lesser-known stories of the disaster, including the efforts of the firefighters who were the first responders on the scene, volunteers, and teams of miners who dug a critical tunnel under Reactor 4.

The story is based in large part on the recollections of Pripyat locals, as told by Belarusian Nobel laureate Svetlana Alexievich in her book “Voices from Chernobyl”. However, some liberties were taken for dramatic purposes, with certain critics, experts and people who have witnessed the events pointed out historical and factual discrepancies present in the show.

The five-part series premiered in the United States on May 6, 2019, and a day later in the United Kingdom to critical acclaim. At the 71st Primetime Emmy Awards, it won Outstanding Limited Series, Outstanding Directing, and Outstanding Writing; and at the 77th Golden Globe Awards, the series won for Best Miniseries or Television Film. Chernobyl’s main actors were also awarded.

How to watch Chernobyl in the U.S.

You’ll need an HBO subscription in order to watch the series in the U.S. and a VPN to keep your access while visiting other countries. For that to happen, you will first have to fire-up your VPN app, connect to a US-based server, and then open HBO’s website or the HBO NOW app.

It is a straightforward process that you can also use to keep access to all other US-only services and content providers — not just HBO.

Outside of the US, the situation is very different and it all depends on where you live. Which brings us to our next section…

How to watch Chernobyl online from anywhere

First, you should determine whether Chernobyl is airing on a channel in your country — cause that would be the easiest way to watch it. Next, you should see whether you can watch that channel from your computer, phone, tablet and so on. If you can, well, you can just visit the appropriate website, click some buttons, sign-up, sit back and relax. No need for any additional steps.

On the other hand, if that’s not an option and you still want to watch Chernobyl, you’ll have to trick HBO’s geoblocking filters. A good VPN is there to help, allowing you to first connect to a US-based server and then to HBO’s service. With that setup, HBO’s software will think you are in the U.S. while in reality, you may be on the opposite side of the planet.

A valid subscription to HBO NOW is still required, though. If you don’t have one, you can buy it with a gift card — since HBO NOW only accepts US-based credit cards. For that, we suggest checking MyGiftCardSUPPLY.com where you can buy gift cards for various streaming services, HBO being just one of them. Other popular gift cards on MyGiftCardSUPPLY.com include those for Hulu, Sling TV, Netflix and so on.

With a gift card in your (virtual) hand, go to HBO NOW and register for a new account. Pay for the service with a newly bought gift card and you’re good to go.

You’ll need a VPN for other things, as well

In addition to letting you watch Chernobyl and other shows and movies, a good VPN will let you do many other things, as well. For start, you get to regain your privacy, making it next to impossible for government agencies and Big Tech companies to follow you on the Internet. You get to anonymously browse the web, download files and do just about anything without worrying that Big Brother is watching you.

Furthermore, you get to stay connected to popular news sites and social media services while traveling to high-censorship countries — where that may not be possible without a VPN.

In addition, connecting to public Wi-Fi hotspots is no longer risky, with VPN encrypting all communication between your device and the server. Which, again, is the same capability that prevents even your ISP from knowing what you’re doing online.

All in all, with a VPN – you get more freedom. And that, we think, is important. We suggest you start by going through our list of Best of the Best VPNs, which has all the field-tested services and you can hardly go wrong by picking any one of them. So make your pick and thank us later. 😉