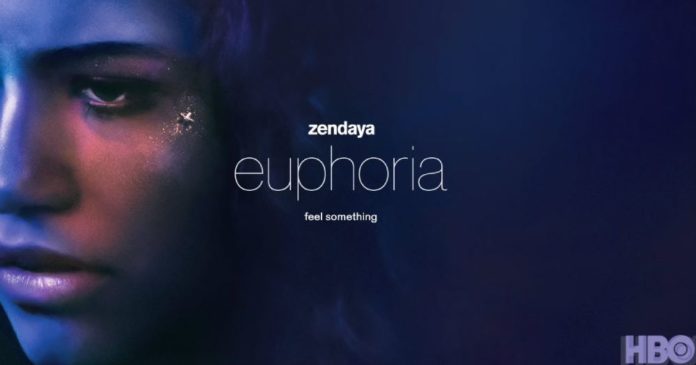 Euphoria is not “yet another teenage show.” Quite the contrary, it is a rather complex series with a good storyline and great actors — both of which helped it garner a significant audience in a relatively short period of time.

Alas, Euphoria cannot be watched outside of the US and even in the US – it is available only on HBO Max. You can join the party from across the world with a good VPN.

Before explaining to you how to do that, let’s describe Euphoria for the uninitiated, shall we?

What Euphoria is all about?

Euphoria is an American teen drama TV series that is loosely based on the Israeli television miniseries of the same name. It follows a group of high school students through their experiences of sex, drugs, friendships, love, identity, and trauma.

The series premiered on June 16, 2019, and was renewed for a second season a month afterward. In the meantime, we’ve seen two one-hour specials broadcast in December 2020 and January 2021.

Euphoria main cast and characters include:

Euphoria has received positive reviews from critics, with praise for its cinematography, story, score, acting, and approach to its mature subject matter — though it did become the subject of controversy for its use of nudity and sexual content, which some critics perceived to be excessive. The series has received nominations for the British Academy Television Award for Best International Programme, and the TCA Award for Outstanding Achievement in Drama. For her performance, Zendaya has won a Primetime Emmy Award and Satellite Award for Best Actress in a Drama Series.

How to watch Euphoria in the US?

In the US, Euphoria is available from HBO Max, which is one of the best streaming services you can sign-up for today. Aside from airing some of the best TV shows out there, the service is also known for offering major blockbusters on the same day when they hit the theaters. That feat alone is worth our money.

Unlike many other services, HBO Max doesn’t have a free trial, so you’ll have to pay for it upfront. Again, that shouldn’t be a problem considering all the great content you’ll get in return.

Unfortunately though, HBO Max is not available all across the world, which brings us to our next section…

How to watch Euphoria from anywhere

In order to do so, you will need a VPN to trick HBO Max’s servers into “thinking” that you’re on US soil. In reality, however, you could be on the other side of the planet and no one will know about it.

You may also need a gift card in order to pay for the service and for that part, we suggest checking out MyGiftCardSUPPLY — where you can find gift cards for many popular entertainment services (HBO being just one of them).

With that gift card purchased, you can then sign-up and pay for HBO Max – and you’re good to go. Sit back, grab some popcorn and enjoy the show.

A VPN has more to offer

Aside from letting you access video streaming services like HBO Max, a VPN has much more to offer.

To start, it will let you regain your privacy online, making it much harder for the Big Tech to keep up with every move you make online. This, we believe, is very important in the world we live in, where the likes of Google and Facebook are effectively turning us into products. So they could serve us better (personalized) ads. Like we care about that.

In addition, a VPN will also hide your Internet activity even from your ISP, which will only see that you’re accessing a secure server — instead of having the list of all URLs you’ve visited. That secure server, in case you wonder, is the one you selected from your VPN app — and it will be the one routing all traffic for you.

Finally, a VPN will make accessing public Wi-Fi hotspots much more secure. Without it, a savvy hacker could snoop into your traffic and perhaps get ahold of your personal information.

To get started in the “VPN adventure,” visit our page with the Best of the Best VPNs and grab the one you like the most. Needless to say, we think you should get the top service – but it’s your money. So you’ll have to make a call…