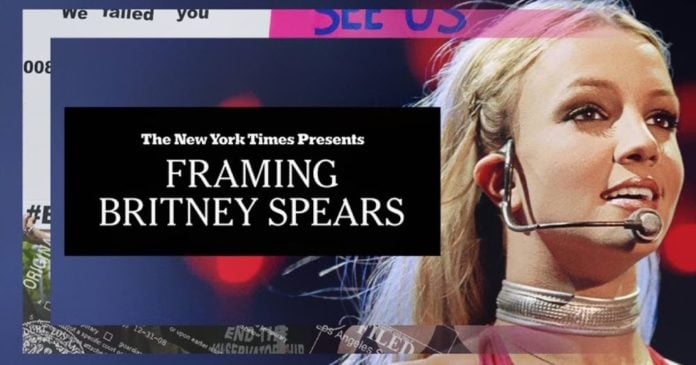 You may have heard of Framing Britney Spears? Or even watched one show? And now you want to watch it all.

The series is available online on Hulu which means only those in the US can watch it “as is.” For those of us who reside outside of the U. S. of A. – we have to use a VPN to trick Hulu’s servers into thinking that we’re on American soil, whereas in reality – we could be (and are) on the opposite side of the globe.

Before delving into how to do that, let me quickly explain what this TV show is all about…

What Framing Britney Spears is all about?

The New York Times Presents: Framing Britney Spears is a 2021 documentary film that revolves around the career of Britney Spears, her celebrity and popularity within American culture, and the conservatorship that she has been living under since 2008 — which has sparked the fan-driven #FreeBritney movement.

Released on February 5, 2021, as an edition of The New York Times Presents on FX and FX on Hulu, the documentary explores Spears’s rise to fame as a pop star, her treatment by the paparazzi, her highly-publicized breakdown in 2007, and her subsequent court-mandated conservatorship overseen by her father Jamie Spears. Shortly after the documentary aired, a probate judge dismissed objections by Jamie regarding the co-conservatorship arrangement.

At the end of the film, there is a list of names of those contacted for their contributions to this film but did not end up doing so is shown, including Spears’s family. It is also shown that Spears herself was asked to be interviewed, but it was never known if she received the request.

On Metacritic, Framing Britney Spears has a weighted average score of 74 out of 100, based on 7 critics, indicating “generally favorable” reviews. Daniel D’Addario of Variety stated, “This film provides a sort of pocket portrait of a person for whom freedom has been denied, and for whom that denial comes as no surprise. Before [Britney Spears’s] father, the culture that idolized her had kept her a captive, too.”

How to watch Framing Britney Spears in the US

US cable subscribers can easily watch Framing Britney Spears on the FX channel. Online, the show is available on Hulu — where you can also find many other great movies and shows.

For those who are still unsure whether Hulu is right for them, there is a 7-day free trial so they could test out the service before signing up.

We think Hulu is well worth its price, but it’s not our money. If you want to save, you can buy a more affordable, ad-supported plan.

How to watch Framing Britney Spears from all around the world

The problem is that Hulu is not available across the globe and that you can’t even sign-up for it without an American credit card. But, you can buy the subscription with a gift card. You can get one of those gift cards from MyGiftCardSUPPLY.

With that card in your digital wallet, it’s time to decide which Hulu plan works best for you. The ad-supported one that goes for $6, the ad-free one which costs $12, or the one that also includes live TV for a whopping $55 per month? For all plans, there is a 7-day free trial.

Then, once you have that gift card, fire-up your VPN app, connect to a US-based server, and sign-up for the service. It’s actually rather easy.

…it has much more to offer.

From where we stand, the main purpose of a VPN is to make you anonymous online so that no one — including the likes of Google and Facebook, as well as various government agencies — can’t know your web whereabouts.

It does that by routing all Internet traffic through one of its servers that are spread all around the world. And this same capability lets you unlock all streaming services, Hulu being just one of them.

In addition, a VPN keeps you protected while accessing public Wi-Fi hotspots, while also hiding your Internet activity from your ISP.

Considering that pretty much everyone wants a piece of our data these days, we think everyone should have a VPN. In that sense, we suggest you check our list of Best of the Best VPNs and take it from there. Once you’re “in” – you’ll never look back. 😉