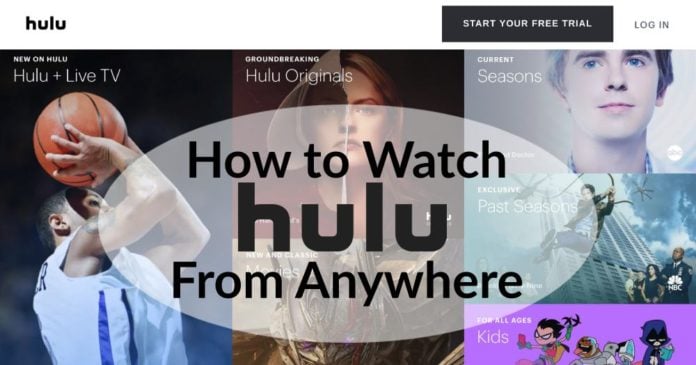 Hulu is one of the biggest TV and movie streaming services in the U.S. and unsurprisingly, people want to watch it even when traveling abroad. However, Hulu doesn’t let its users connect to their service when they’re on a vacation in, say, Italy. Why is that the case is beyond me. For what it matters, Hulu is not the only service doing this — all of them are forced to take this step due to content licensing rights.

In any case, it is possible to watch Hulu outside of the United States with the help of a VPN app. But first, let us talk about Hulu for those who are still not using this amazing service.

A Netflix competitor, Hulu is a subscription video streaming service fully controlled and majority-owned by The Walt Disney Company, with Comcast’s NBCUniversal as an equity stakeholder owning 33%. That 33% should also be purchased by Disney as early as 2024.

The service was initially established as a joint venture between News Corporation and NBC Universal, Providence Equity Partners, and later Walt Disney, serving as an aggregation of recent episodes of television series from their respective TV networks.

In 2010, Hulu launched a subscription service, initially branded as Hulu Plus, which featured full seasons of programs from the companies and other partners, and undelayed access to new episodes. In 2017, the company launched Hulu with Live TV — an over-the-top IPTV service featuring linear television channels.

The basic Hulu subscription is available for $5.99 per month and it includes ads. Want an ad-free experience? You’ll have to pony up $11.99 per month. How about live TV with 60+ channels? That will cost you $44.99 per month!

In addition to “standard” programming, Hulu also offers original shows some of which are really neat. Specifically, here are some of the most popular Hulu Originals series:

Hulu apps are available on a multitude of devices — including computers, smartphones, tablets, digital media players, and video game consoles.

As of the first quarter of 2019, Hulu had 28 million subscribers.

How to watch Hulu outside of the United States

You will obviously need a tool to bypass Hulu’s geo-restrictions, and that tool is VPN. It will let you connect to a US-based server from where you will be able to enjoy all the Hulu content you desire and then some. You will still need a valid Hulu subscription in order to access the service, so this method is best suited for Americans living abroad.

You can either pay that subscription online or get a Hulu gift card (through, say, MyGiftCardSUPPLY) which lets you create an account without using a credit card. This could also be your door to Hulu even if you’re not living in the U.S. Just sayin’…

Once that part is done — you have a working Hulu account — simply fire-up your VPN of choice, select server based in the U.S. and you’re good to go. It may sound complicated but it’s not — beyond opening a Hulu account (presuming you already don’t have one), this is just one additional step.

Get a VPN for more than streaming…

In addition to letting you access Hulu from everywhere, a VPN app will also do other things for you. For start, it will let you anonymously surf the web so that big corporations and government agencies can’t track your online activity. This, in turn, will provide you with access to other websites and services that could otherwise be outside of your reach — i.e. services like US Netflix, Prime Video, BBC iPlayer and so on. Furthermore, a VPN will encrypt all your online data, thus shielding you from hackers and spies.

A VPN app can be installed on your computer(s) and other devices like smartphones and tablets. Also, some VPNs include router support letting you protect your entire home/office network so that devices such as smart TV, gaming consoles and streaming boxes can also benefit from a more secure connection.

To sum it up, we think everyone should run a VPN app running on his/her computer and smartphone. And if you’re into Hulu, we suggest you start by checking our list of Top VPNs for Streaming. All of them offer top-notch service and you can hardly miss by choosing any one of them. So check out that page and regain your get your privacy back today!