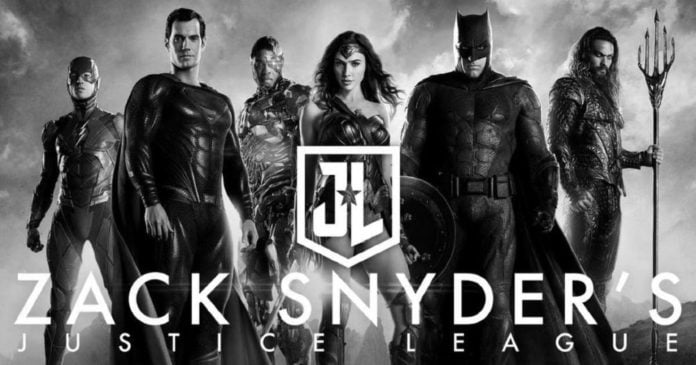 So you want to watch Justice League: The Snyder Cut? I already did it and I’m here to tell you how you too can join the superhero party.

As you probably already know, it was released on March 18, 2021. through HBO Max but that means not everyone can watch it. At least not without a VPN.

Before we delve into details about how to watch The Snyder Cut, let us briefly describe this 4-hour-long movie for those who haven’t heard about it.

What Zack Snyder’s Justice League is all about?

Also known as “Snyder Cut,” Zack Snyder’s Justice League is the 2021 director’s cut of the 2017 superhero movie Justice League. It is the fifth film of the DC Extended Universe (DCEU) as director Zack Snyder had intended it before he left the production. Like the theatrical release aka the “regular” Justice League, the Snyder Cut follows the Justice League — Batman, Superman, Wonder Woman, Cyborg, Aquaman, and the Flash — as they attempt to save the world from the catastrophic threat of Steppenwolf, Darkseid, and their army of Parademons.

The theatrical Justice League received mixed reviews and was a box-office bomb, leading Warner Bros. to re-evaluate the future of the DCEU and focus development on individual films.

In May 2020, Snyder announced that the original cut would be released as Zack Snyder’s Justice League via the streaming service HBO Max though it’s also available on HBO GO. It cost around $70 million to complete the visual effects, score, and editing, with new material filmed in October 2020.

The cut was originally planned to be released as both a miniseries and a four-hour film, but plans for the miniseries were scrapped by January 2021. The film is dedicated to the memory of Snyder’s daughter, Autumn.

How to watch Justice League: The Snyder Cut from in the U.S.

It’s rather simple – all you have to do is subscribe to HBO Max and you’re good to go. Beyond The Snyder Cut, you will also be able to enjoy all other content that is available on Warner Bros’ amazing streaming platform.

What’s more, you will also get to benefit from watching the new movie releases on the same day when they hit theaters. HBO Max is the only streaming service that gets you this and therefore, we think it’s worth the money. Heck, even without it you would get amazing entertainment for your money.

How to watch Justice League: The Snyder Cut from anywhere

If that’s not an option, you could always use a VPN to first connect to a US-based server and then sign-up for HBO Max. This will get you access to the service’s vast library of great movies and TV shows. And if you stay subscribed to the service, you will also get to watch new releases on the same day when they hit theaters. That feat alone is worth a ton.

Nevertheless, you shouldn’t get a VPN for HBO Max, only. Rather…

Don’t get me wrong, HBO Max is an amazing service but a VPN has much more to offer. In addition to letting you access ANY streaming service, it can also do other things for you.

For instance, it will let you bypass various restrictions that may be imposed in your school, university, workplace or an entire country. This is especially important when you plan to visit a high-censorship country like China.

More important, a VPN will keep you anonymous online so that the likes of Google and Facebook can’t easily track you down. And the same goes for your ISP, various government agencies, and everyone else looking to learn about your Internet habits — and potentially profit from them.

That’s just one piece of the puzzle. We think everyone should be using a VPN these days, and in that sense – we suggest finding service for yourself from our Best of the Best VPNs page. Check it out and never look back…