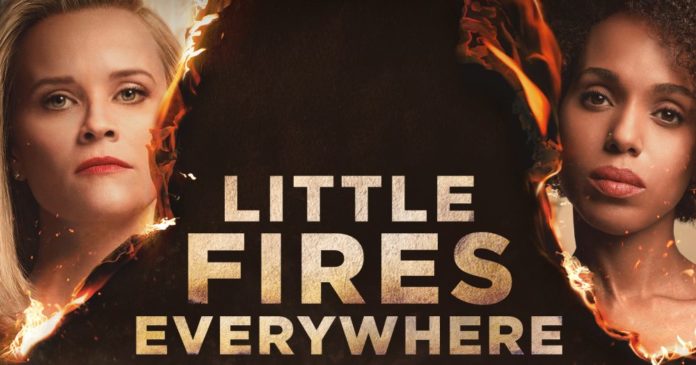 If you’re a fan of TV drama series, you’ll want to watch Little Fires Everywhere. Set in the Cleveland suburb of Shaker Heights, Ohio during the late 1990s – it features Reese Witherspoon and Kerry Washington as mothers from different socioeconomic backgrounds. Actually, it can hardly be explained, but there is a reason why it was the most-watched drama ever on the streaming service, according to Hulu — which is airing it.

Can’t access Hulu? No problem, there’s an app (VPN) for that. But before we delve into that, let us explain Little Fires Everywhere to those who still haven’t heard of it…

What Little Fires Everywhere is all about?

Based on the 2017 novel of the same name by Celeste Ng, Little Fires Everywhere is an American drama streaming TV series. It premiered on Hulu on March 18, 2020 and consists of eight episodes.

Set in the Cleveland suburb of Shaker Heights, Ohio during the late 1990s – Little Fires Everywhere follows “the intertwined fates of the picture-perfect Richardson family and an enigmatic mother and daughter who upend their lives. The story explores the weight of secrets, the nature of art and identity, the ferocious pull of motherhood – and the danger in believing that following the rules can avert disaster.

On review aggregator website Rotten Tomatoes, the series holds an approval rating of 78% with an average rating of 7.09/10. The website’s critics consensus reads: “Though Little Fires Everywhere at times plays it too safe, sparks fly when it lets well-matched leads Kerry Washington and Reese Witherspoon dig into the difficult questions it does dare to ask.” On the other hand, Metacritic gave it an average score of 69 out of 100, based on 32 critics, indicating “generally favorable reviews”.

According to Hulu, in its first 60 days online Little Fires Everywhere was the most-watched drama ever on the streaming service.

How to watch Little Fires Everywhere from all around the world

As noted, the series is airing on Hulu, which unfortunately is not accessible from all countries around the world. For those places — as well as for traveling Americans — there are good VPNs that let them have a virtual presence in the United States. From that point on, they can access Hulu and any other (streaming) service that would otherwise be outside of their reach.

The problem is that Hulu will only accept American credit cards. However, it will take gift cards without asking for your origin. So, you can hop over to a service like MyGiftCardSUPPLY where you can find gift cards for many streaming services, not just Hulu.

Once you get that gift card, you should determine which Hulu plan works best for you. The most affordable option comes with ads and is available for $6. The ad-free plan costs $12, and there is also the plan that includes live TV and is selling for more than $50. A free trial is available on all plans.

But before visiting Hulu’s website, make sure your VPN app is turned on, connect to a US-based server and you’re good to go.

But… You should NOT get a VPN for any single service, because…

Arguably, the main purpose of a VPN is to make users (more) anonymous online so that Google, Facebook and various government agencies can’t (easily) follow them on the Internet. It does that by routing all Internet traffic through its servers, and this same capability lets you unlock streaming services like Hulu.

Furthermore, a VPN will keep you protected while connecting to public Wi-Fi hotspots, while also hiding your Internet activity from your ISP.

As many different parties want a piece of our data, we think everyone should have a VPN these days. That being said, we suggest you start by visiting our page with Best of the Best VPNs and take it from there. In just a few clicks, you’ll be surfing the web without anyone watching above your shoulder. And that, we believe, is just the way it should be.