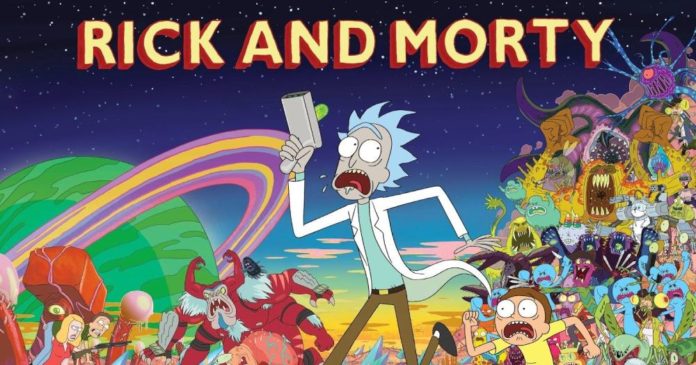 Rick and Morty is a sort of phenomena. Some call it a mix of Futurama and South Park, some don’t like it. One thing is certain though, Rick and Morty is not the show for everyone. But those who like it – like it a lot.

And if you want to watch it, you may need a VPN in order to do so. It all depends on where you live. That’s just life.

But before we delve into details about how you too can join the “watching party,” let us quickly explain the basics of the show, shall we?

Rick and Morty is an adult animated science fiction sitcom that follows the misadventures of cynical mad scientist Rick Sanchez and his good-hearted but fretful grandson Morty Smith, who split their time between domestic life and interdimensional adventures.

The story also includes Morty’s 17-year-old sister, Summer, a more conventional teenager who worries about improving her status among her peers and sometimes follows Rick and Morty on their adventures. The kids’ mother, Beth, is a generally level-headed person and assertive force in the household, though self-conscious about her professional role as a horse surgeon. She is dissatisfied with her marriage to Jerry, a simple-minded and insecure person, who disapproves of Rick’s influence over his family.

Rick and Morty has received universal acclaim, holding an approval rating of 94% on Rotten Tomatoes for the entire series.

How to watch Rick and Morty from all around the world?

It all depends where you live. For instance, the show is available on Netflix in some countries, including Australia, while the first three seasons are available to stream in the United States on Hulu and HBO Max.

In the United Kingdom, public-service broadcaster Channel 4 outbid Netflix and began airing the series with season 4, which represents its first pickup by an international television channel.

In Canada, the series initially premiered on Adult Swim on January 10, 2016; and in Quebec, it premiered on Télétoon’s Télétoon la nuit block on May 18, 2018.

If you don’t see it in your local Netflix’s library, you can connect to a US-based server, sign-up for Hulu or HBO Max, and watch it from there. You may need a gift card to pay for the privilege — cause these services require US-issued credit cards — and for that, we suggest checking out MyGiftCardSUPPLY. There, you can find gift cards for many popular video streaming services.

Aside from keeping up with adventures of Rick and Morty, a good VPN will have your back in many other situations as well. Yes, you will be able to use it to access any streaming service no matter whether it is available in your country or not, but that’s not all.

The main thing is that it will keep you anonymous online, so that the likes of Google, Facebook and various government agencies can’t follow you online. A VPN does that by routing all your Internet traffic through one of its many servers that are placed around the world. To make for an even more secure experience, a VPN also encrypts all data coming to and from your devices. And by doing this, it also keep you protected when connecting to public Wi-Fi hotspots.

We at VPN Reports think everyone should be using a VPN these days. Heck, that’s why we made this site in the first place.

To get started, we suggest you visit our page with Best of the Best VPNs, read about a few of them and make your pick. All of those services have been field-tested and you can hardly go wrong by picking any one of them. Nevertheless, even if you don’t like what you get – you can always ask for your money back during the first 30 days (or so). Yup, it’s a risk-free transaction – so check it out.