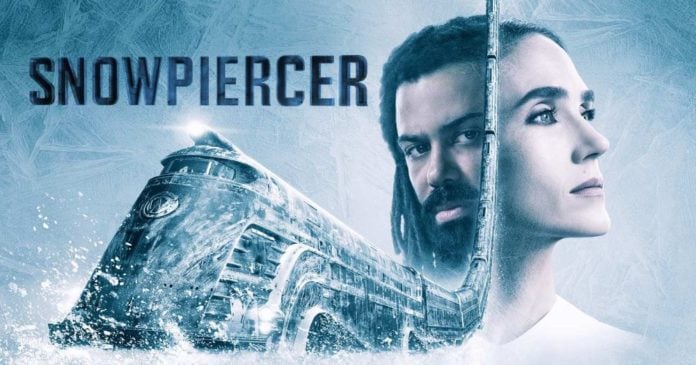 Snowpiercer was a popular movie and was later turned into a TV series that is airing as we speak. As I’m writing this, we’re in the second season and the good news is that it was renewed for a third season — allowing us to enjoy the crazy life of people living in a massive train as it circles the globe after the big freeze.

What Snowpiercer series is all about?

Snowpiercer is a post-apocalyptic dystopian thriller TV drama series that premiered on TNT in May 2020. It is based on both the 2013 film of the same name, directed by Bong Joon-ho and the 1982 French graphic novel Le Transperceneige, from which the film was adapted.

The series, a reboot of the film’s continuity, follows the passengers of the Snowpiercer — a gigantic, perpetually moving train that circles the globe carrying the remnants of humanity seven years after the world becomes a frozen wasteland.

Designed and built by the eccentric billionaire Mr. Wilford, the train consists of 1,001 carriages and circles the globe 2.7 times per year. It is that constant motion of the train that provides energy and prevents the passengers from freezing as well.

Since the catastrophe, the train’s population has become rigidly separated by class, caught up in a revolutionary struggle against the strictly imposed social hierarchy and unbalanced allocation of limited resources. And in that sense, the show explores issues of class warfare, social injustice, and the politics of survival.

Snowpiercer’s main cast and characters include:

Prior to studio shutdowns due to the outbreak of the COVID-19 pandemic, most of the second season’s production was completed. It premiered on January 25, 2021. During the same month, the series was renewed for a third season.

How to watch Snowpiercer online in the US

First, let us make this clear – Snowpiercer is not available on Netflix in the US. Netflix, however, scored the license to air it in many other countries — including Canada, UK and Australia.

You can, however, use a VPN to trick Netflix’s servers into thinking that you’re in one of those three countries and enjoy as much Snowpiercer as you want.

Alternatively, if you have a cable subscription, you can watch the show from TNT’s website.

There is also an option to use one of the rather expensive live TV streaming services, like Hulu + Live TV, AT&T Live TV, Sling TV and so on.

How to watch Snowpiercer from anywhere

First, check whether your local Netflix “variant” has the show in its catalog. This is by far the easiest way to watch Snowpiercer.

If it doesn’t, you could use a VPN to connect to a Canada-, UK- or Australia-based server and then connect to Netflix.

Or, you could sign-up for a service like Hulu + Live TV for which you will also need a VPN to trick it into “believing” that you’re in the U.S. whereas you could be on the opposite side of the planet.

Whichever road you decide to take, we’re talking about just a few clicks before you can grab your popcorn and literally join the ride. And it’s well worth the effort. But…

Don’t get a VPN just for Snowpiercer…

While I personally enjoy the show, I would never get a VPN only for it.

Cause, a VPN has much more to offer, including hiding your identity on the Internet so that the likes of Google and Facebook can’t know your whereabouts. And the same goes for your ISP and various government agencies.

In addition, a good VPN will keep you secure while accessing public Wi-Fi hotspots, encrypting all data coming to and from your device(s) and the rest of the Internet. This way no malicious party can get ahold of your personal information.

And that, we believe, is just the tip of the iceberg. Cause, everyone should use a VPN these days. To join this ride, hop over to our page with Best of the Best VPNs and take it from there. Before you know it, you’ll be riding in the first class, where no one has to know “what you did last summer.” 😉