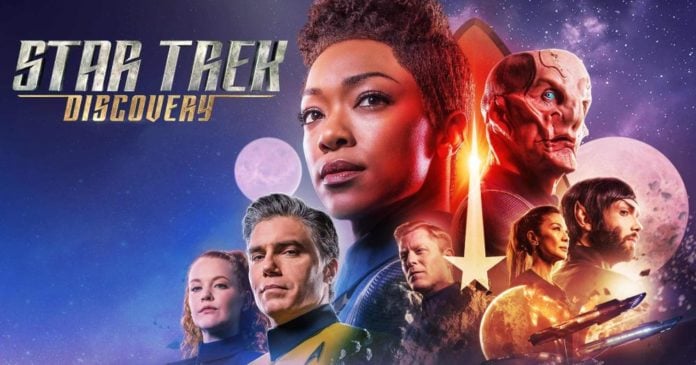 These are good times for fans of the Star Trek franchise, with new series and movies being released on a regular basis. One of those series is Star Trek: Discovery which, unfortunately, is not readily available all across the globe.

It’s a CBS show that is syndicated with networks in various countries, but some folks — and I would assume especially the Star Trek crowd — would prefer watching content on their computers, tablets and even smartphones. Or they lack a cable subscription in the first place. Yes, the army of cable-cutters is growing with the day. And how can these folks join the Star Trek: Discovery party?

There is a way, of course, and that’s what this article is all about. But first, let’s initiate the uninitiated by explaining what Star Trek: Discovery is all about… 😉

Star Trek: Discovery is a web television series created for CBS All Access by Bryan Fuller and Alex Kurtzman. The seventh series in the Star Trek franchise, it was the first series in the franchise since Star Trek: Enterprise concluded in 2005.

Beginning roughly ten years before the events of Star Trek: The Original Series, the show sees the Klingon houses become united in a war with the United Federation of Planets that heavily involves the crew of the USS Discovery (NCC-1031). In the second season, after the war has ended, Discovery investigates seven mysterious signals and a strange figure known as the “Red Angel”. This conflict ends with the Discovery traveling to the 32nd century, more than 900 years into their future.

Sonequa Martin-Green stars as Michael Burnham, a female science specialist on the Discovery. Doug Jones, Shazad Latif, Anthony Rapp, Mary Wiseman, and Wilson Cruz also star, along with Jason Isaacs for the first season, Anson Mount for the second, and David Ajala for the third.

The series was announced in November 2015, and premiered on September 19, 2017, at ArcLight Hollywood — before debuting on CBS and CBS All Access on September 24. The rest of the 15-episode first season was streamed weekly on All Access, ending in February 2018.

The season’s release led to record subscriptions for CBS All Access, and positive reviews from critics who highlighted Martin-Green’s performance. The 14-episode second season was released from January to April 2019, and the 13-episode third season is expected to debut this year.

How to watch Star Trek: Discovery in the U.S.

If you can watch CBS, you are ready to “boldly go where no man has gone before.”

You can’t go “there” from other parts of the world, though. The geo-blocking, employed by CBS’ servers, also affects Americans traveling overseas. They won’t be able to watch the show without a good VPN that can defeat these geo-filters.

So the next question is…

How to watch Star Trek: Discovery from anywhere

You’ll need a good VPN to mask your physical location (IP address) and replace it with the location of one of its servers. You should connect to a US-based server in order to watch the show, and once that part is done — it’s like, “Beam me up, Scotty.” You will be able to watch all CBS’ shows, not just Star Trek: Discovery.

You will still need a valid CBS All Access subscription, though. And if you already don’t have one — you can sign-up for free (trial). Here’s how to do it:

Start a VPN, connect to a US-based server, and then head over to CBS.com. Now go to “CBS All Access” and click on a button to start a 7-day free trial. From this point on, you can watch Star Trek: Discovery as much as you want… plus all other shows that are available on CBS.

A VPN offers much more…

A VPN is not a holodeck, but it is a powerful tool, nevertheless.

In addition to letting you access Star Trek: Discovery and other geo-restricted content, it will also help you regain your privacy, making it next to impossible for government agencies and big corporations to follow you online. You get to anonymously browse the web, download files and do just about anything you ever wanted without worrying that Klingons are watching.

You also get to conduct your business in a secure manner, connecting from previously defined IP addresses to your office wherever it happens to be. Likewise, connecting to public Wi-Fi hotspots is no longer risky, with VPN encrypting all communication between your device(s) and the website(s) you’re visiting.

We’ve just scratched the surface here, but I’m sure you get the point. You need a VPN and you need it now. Start by going through our list of Best of the Best VPNs, and… Energize!