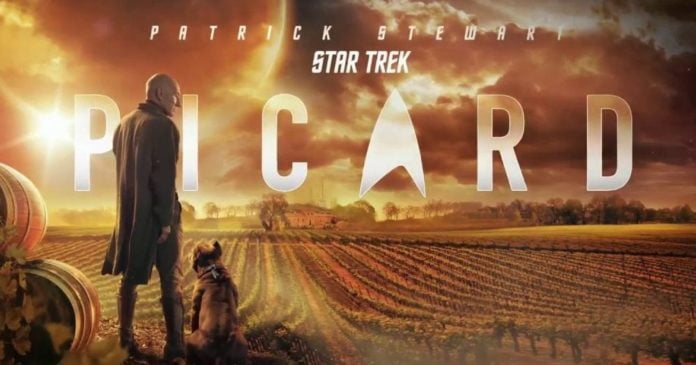 The latest series in the Star Trek saga is here and it’s awesome! In fact, it’s just what the fans have been waiting for. And yes, you should watch it too, and you should also know that we’re not offering content recommendations lightly.

But, it’s not that easy to watch the show if you don’t live in the U.S. You may need an additional tool to join the (watching) party. And that tool is VPN. Once you have it running on your device(s), the situation drastically changes to your advantage.

But I’m (again) getting ahead of myself. Let’s briefly explain what Star Trek: Picard is all about, shall we?

Star Trek: Picard is a web television series created for CBS All Access; it is the eighth series in the Star Trek franchise and centers on the character Jean-Luc Picard.

Patrick Stewart is the executive producer of the series and also the main star, reprising his role from Star Trek: The Next Generation as well as other Star Trek movies and series. Several actors from the previous Star Trek series also reprise their roles — including Brent Spiner, Jeri Ryan, Marina Sirtis, and Jonathan Frakes.

Star Trek: Picard premiered on January 23, 2020, and its first season will consist of ten episodes. Ahead of the premiere, CBS All Access renewed Star Trek: Picard for a 10-episode second season.

How to watch Star Trek: Picard in the U.S.

It is rather easy to watch the latest Star Trek series if you live in the U.S. If you can watch CBS, you can keep up with Star Trek: Picard.

The situation is very different in other parts of the world and this also affects Americans traveling overseas. They won’t be able to watch the show without a VPN, with CBS’ servers using geo-blocking software to lock out anyone trying to view its content from abroad.

So the next question is…

How to watch Star Trek: Picard from anywhere

The tool of the trade is “VPN,” which will mask your physical location (IP address) and replace it with the location of one of its servers. You should connect to a US-based server in order to watch the show, and once that part is done — you can enjoy all CBS’ shows, not just Star Trek: Picard.

You will need a valid CBS All Access subscription if you live abroad. If you don’t have it — you can sign-up for free (trial). Here’s how to do it:

Start a VPN, connect to a US-based server, and then head over to CBS.com. Now go to “CBS All Access” and click on a button to start a 7-day free trial. From this point on, you can watch Star Trek: Picard as much as you want… as well as all other shows that are available on CBS.

In addition to letting you access Star Trek: Picard and other geo-restricted content, a good VPN will also help you regain your privacy, making it next to impossible for government agencies and tech giants to follow you online. You get to anonymously browse the web, download files and do just about anything you ever wanted without worrying that Big Brother is watching.

Related to that, you also get to conduct your business in a secure manner, connecting from previously defined IP addresses to your office wherever it happens to be. Likewise, connecting to public Wi-Fi hotspots is no longer a risky endeavor, with VPN encrypting all communication between your device and the website you’re visiting. Which, again, is the same capability that prevents even your ISP from knowing what you’re doing online. And that could matter, with some ISPs throttling internet speeds for activities such as video streaming and torrenting.

In a nutshell, a VPN gets you more freedom. So yes, you need a VPN and you need it now. Start by going through our list of Best of the Best VPNs, live long and prosper. 😉