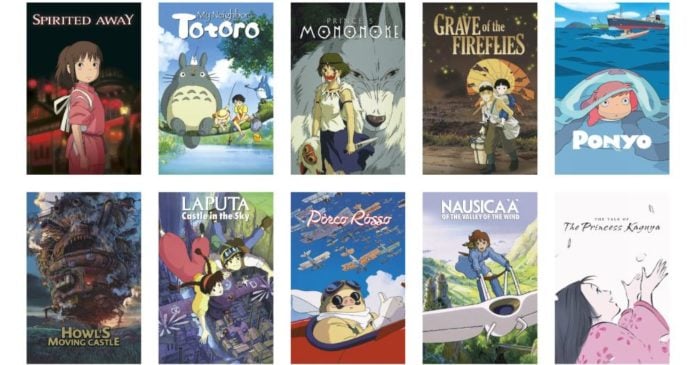 Netflix has added the first batch of Studio Ghibli films to its catalog on February 1, 2020, with the next batch of movies coming next month.

However, the situation is slightly different than usual. Typically, Americans get the best deal, but this time it’s not like that. The Studio Ghibli films are NOT available on Netflix in the U.S., Canada and Japan. Yes, we have content rights to blame for this — rather than Netflix.

Alas, that means some of us won’t try to find a way around these restrictions. And that’s what this article is all about. But first, let’s see what Studio Ghibli is all about…

Studio Ghibli for the uninitiated

Founded in 1985, Studio Ghibli is a Japanese animation film studio based in Tokyo, Japan — best known for its anime feature films. The company has also produced several short films, TV commercials, and a single television film. Additionally, Studio Ghibli has collaborated with video game studios on the visual development of several video games.

Six of Studio Ghibli’s films are among the 10 highest-grossing anime films made in Japan, with Spirited Away (2001) being the highest, grossing over $360 million worldwide. Many of their works have won the Animage Anime Grand Prix award, and four have won the Japan Academy Prize for Animation of the Year. Five of Studio Ghibli’s films have received Academy Award nominations. Spirited Away won the Golden Bear in 2002 and the Academy Award for Best Animated Feature Film in 2003.

So yes, there is a good reason why Netflix would want Studio Ghibli’s content.

How to watch Studio Ghibli on Netflix in the U.S., Canada, and Japan

Users in the three mentioned countries won’t be able to stream Studio Ghibli films on Netflix easily because of agreements to bring the films to other services. Except if they use a VPN to bypass these silly restrictions.

With a VPN, all you have to do is connect to the server in some other country — say, somewhere in Europe — then sign-up to a local Netflix, and you’re good to go. A VPN will run in the background, while you watch all the anime you want.

One notable omission is Grave of the Fireflies for which Studio Ghibli doesn’t hold the publishing rights.

Netflix will be subtitling the films in 28 different languages.

You need a VPN for other things, as well

Aside from letting you access popular streaming services such as Netflix, Disney+, Hulu, HBO and so on — a good VPN will also help you regain your privacy online. No longer will tech giants be able to keep up with every move you make. No longer will government agencies know what you’re reading, listening and watching online; with VPN encrypting all traffic between your device and the website/server you’re visiting.

The same technology will keep you protected while connecting to notoriously insecure public Wi-Fi networks, and also let you bypass various restrictions that could be imposed by your company, university or even the country you want to visit.

And that is just a tip of the iceberg… but you get the point. VPN is all about freedom and anonymity. It truly makes the Internet your playground, and you don’t have to worry that someone’s watching over your shoulder.

So, what are you waiting for? Head over to our Best VPNs for Netflix page, and pick one of the services from that list. Start it up and take it from there. Yes, it’s that easy. 😉