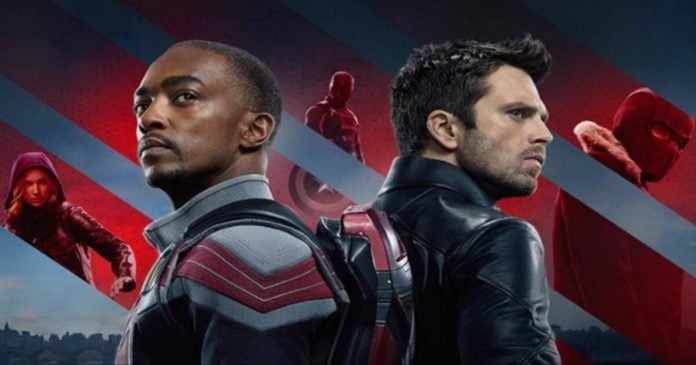 The Falcon and the Winter Soldier was the most-watched series premiere ever for Disney+ in its opening weekend, which means it was watched by more people than WandaVision and the second season of Mandalorian. So yes, we understand if you want to join the party.

But you may not be able to do that from all parts of the world. It’s because Disney+ won’t let you do it. Except if you’re using a VPN, which will let you first connect to a server in a country where Disney+ is available and then watch the show.

But first, let us briefly explain The Falcon and the Winter Soldier to those who haven’t heard about it…

The Falcon and the Winter Soldier 101

The Falcon and the Winter Soldier is a miniseries created for Disney+, based on the Marvel Comics characters Sam Wilson / Falcon and Bucky Barnes / Winter Soldier. The events of the series take place after the film Avengers: Endgame.

The Falcon and the Winter Soldier premiered on March 19, 2021, and will run for six episodes until April 23. It is part of Phase Four of the MCU.

Disney+ announced that “New World Order” was the most-watched series premiere ever for the streaming service in its opening weekend, ahead of the premieres of WandaVision and the second season of The Mandalorian. Additionally, The Falcon and the Winter Soldier was the most-watched title overall globally for that time period on Disney+, including in the Disney+ Hotstar markets.

The review aggregator website Rotten Tomatoes reported a 94% approval rating with an average rating of 7.72/10, based on 157 reviews. Metacritic, which uses a weighted average, assigned a score of 74 out of 100 based on 28 critics, indicating “generally favorable reviews”.

How to watch The Falcon and the Winter Soldier from anywhere?

The series airs on Disney+ which unfortunately is not available all across the world. Where it is available, you should sign-up for it and watch all the great content the streaming platform has to offer. And this includes shows and movies from Disney, Pixar, Marvel and Star Wars — as well as National Geographic. In other words, there’s something for everyone.

If you don’t have Disney+ in your country, we suggest you sign-up for the US-based service. For that, you’ll need a gift card to pay for Disney+ which you can buy from Amazon and other online marketplaces.

With that gift card in place, you can connect to a US-based VPN server and sign-up for Disney+. When prompted to pay, just use the earlier bought gift card and you’re good to go.

And if you need to enter some US address, well – you can find it somewhere online. It’s not really a problem – and they won’t be checking it anyway.

This all may sound complicated, but it’s really a 5-minute work (if we can call it work, at all). Before you know it, you’ll be able to enjoy all the content from Disney+ from all around the world. And yes, it’s worth it.

Don’t get a VPN just for Disney+

Instead, get a VPN for everything — accessing streaming services like Disney+ being just one of the potential use cases.

You see, the main purpose of a VPN is to make you anonymous online so that no one — including Google, Facebook, and various government agencies — can’t know your web whereabouts.

It does that by routing all Internet traffic through one of its servers that are spread across the globe. And this same capability lets you unlock all streaming services.

In addition, a VPN keeps you protected while connecting to public Wi-Fi hotspots, while also hiding your Internet activity from your own ISP.

Since everyone wants a piece of our data these days, we think all of us should run a VPN on all of our devices. In that sense, we suggest checking out our list of Best of the Best VPNs and taking it from there. Yes, you’ll thank us later. 😉