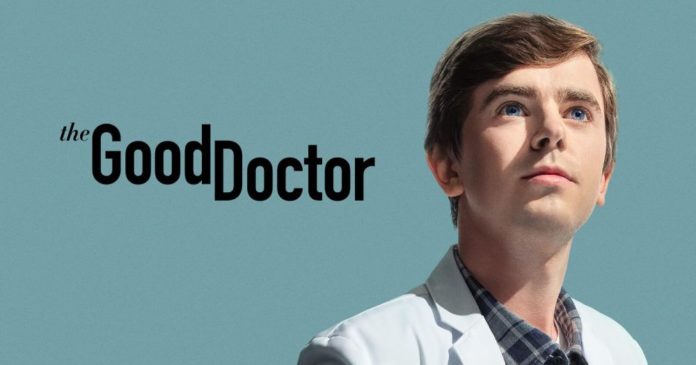 The Good Doctor is one of those TV series with a story, as originally – it was a South Korean show, until it was revamped and launched in the West. Now, every fan of the medical drama can tune in from their Internet-connected devices (with a screen) and enjoy it. That, however, presumes you have a VPN as the series is not available all around the world.

Before explaining how you too can watch The Good Doctor, let us briefly describe the show, shall we?

What The Good Doctor is all about?

The Good Doctor is a medical series based on the 2013 South Korean series of the same name. It has a rather interesting story as it all started with the actor Daniel Dae Kim noticing the original series and buying the rights for his production company.

He began adapting the series and, in 2015, eventually shopped it to CBS, his home network. However, CBS didn’t want to create a pilot so Kim bought back the rights from CBS.

Eventually, Sony Pictures Television and Kim worked out a deal and brought on David Shore, creator of the Fox medical drama House, to develop the series.

The Good Doctor has received generally mixed reviews from critics, who have praised Highmore’s performance but criticized the series’ storylines.

On Rotten Tomatoes, the first season has an approval rating of 63% based on 43 reviews, with an average rating of 5.65/10. The website’s consensus reads, “The Good Doctor’s heavy-handed bedside manner undermines a solid lead performance, but under all the emotionally manipulative gimmickry, there’s still plenty of room to improve.” On Metacritic, it has a weighted average score of 53 out of 100 based on 15 critics, indicating “mixed or average reviews”.

How to watch The Good Doctor from all over the world?

In May 2018, Hulu acquired the rights to new and past episodes of the series, with future episodes becoming available the day after their original broadcast on ABC. The first three seasons are also available to stream on Amazon Prime Video and Netflix.

In New Zealand, the show is available exclusively for streaming on Lightbox, while Canadians can stream it from Crave. Also, there is a way to stream it in India – through Sony LIV; and in the UK – through Sky Witness.

The solution we recommend is through Hulu, as it will get you access to all the good stuff this streaming platform has to offer — and that’s a lot. That benefit will cost you at least $5.99 per month if you go for an ad-supported plan. The one without ads costs $11.99, there is also a much more expensive version that bundles live TV.

However, if you’re not in the US, you’ll have to use a VPN in order to trick Hulu’s servers to think that you’re on U.S. soil. Then, you will be able to sign-up for Hulu and enjoy all of its catalog.

In order to do that, however, you will need an American credit card or a gift card. If you don’t have the former, you can buy the latter from MyGiftCardSUPPLY, where you can find gift cards for many popular streaming services.

With that gift card in your hands, you can sign-up for Hulu and you’re good to go. Just make sure that you’re connected to a US-based VPN server.

But, you should look beyond Hulu and…

Whether you need it to access some streaming service or just to keep a low profile on the Internet, a good VPN will help you out.

We think the main purpose of a VPN is to make you anonymous online so that Google, Facebook, and others can’t know your web whereabouts. When you think about it – our privacy online is no longer given, we have to fight for it. And a VPN is the right tool for the job.

It will route all Internet traffic through one of its servers and it is that capability that will let you unlock all streaming services, Hulu being just one of them. There’s also US Netflix, HBO Max, Disney+, BBC iPlayer and so on.

Moreover, a VPN will keep you protected when accessing public Wi-Fi hotspots, while also hiding your Internet activity even from your ISP.

We’ve just scratched the surface here and we honestly think everyone should be using a VPN these days. To join this (cool?) tribe, hop over to our page with Best of the Best VPNs and take it from there. Before you know it, you’ll be one of us. 😉