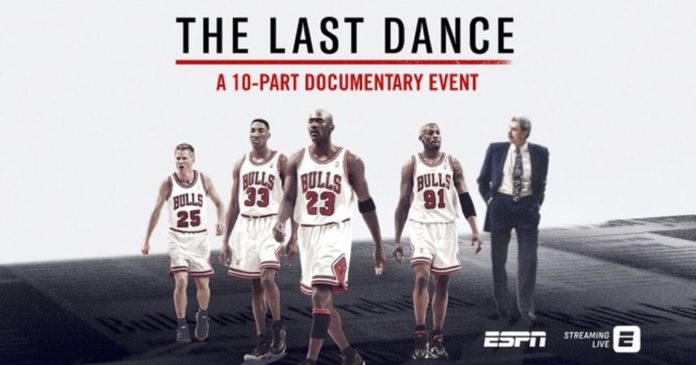 Michael Jordan is still considered one of the best athletes ever, if not the best. So it was everything but surprising when we learned that a docu-series about his final season with the Chicago Bulls will be filmed. That was a few years ago – it’s been on Netflix for quite some time now. But not everyone has seen it. And not everyone can do it… at least not without a VPN.

But first, let us explain The Last Dance for those who haven’t heard of it, shall we?

What The Last Dance is all about?

The Last Dance is a 10-part sports documentary miniseries co-produced by ESPN Films and Netflix. It revolves around the career of Michael Jordan, with a particular focus on his final season with the Chicago Bulls. The series features exclusive footage from a film crew that had an all-access pass to the Bulls, as well as interviews of many NBA personalities including Jordan himself, Scottie Pippen, Dennis Rodman, Steve Kerr, and Phil Jackson.

According to Adam Silver (now NBA Commissioner, but then the head of NBA Entertainment), Jordan allowed the filming with the agreement that the footage would only be used with his direct permission. After many years, and many refusals from Jordan, he agreed in 2016 to a documentary proposal from Mike Tollin.

The Last Dance aired on ESPN from April 19 to May 17, 2020, in the United States, while its episodes were released on Netflix internationally the day after their US airings. Also, beginning on May 23, two episodes were aired back-to-back on ESPN’s corporate partner – ABC.

On review aggregator Rotten Tomatoes, The Last Dance holds an approval rating of 96% based on 53 reviews, with an average rating of 8.72/10. The website’s critics consensus reads: “A compelling and comprehensive portrait of one of basketball’s great teams, The Last Dance’s blend of archival footage and candid interviews confirms there’s nobody quite like Mike or the team he led to victory.”

Metacritic, which uses a weighted average, assigned the series a score of 91 out of 100 based on 12 critics, indicating “universal acclaim”.

How to watch The Last Dance from anywhere?

As noted above, Netflix co-produced the docu-series so it’s obvious that you can watch it from their app. And it’s available in all markets where you can sign-up for Netflix, which is now almost the entire world.

Still, there are a few spots here and there that have yet to be “blessed” with Netflix access, but they too can join the “viewing party” with a good VPN.

Also, a VPN should also be used for folks traveling to other countries where Netflix’s geo-filters could kick-in and prevent them from accessing their own account.

And finally, you may just want to sign-up for the US version of Netflix, which has the largest catalog of movies. Again, a VPN could help you do that.

In order to do any of that, simply fire-up your favorite VPN app and connect to a server in the country you have a Netflix account (say a US-based server). Now, go to Netflix.com or start the Netflix app on your phone, tablet, smart TV or wherever – and you’re good to go. It’s that easy.

But, we must add there are many other use cases for a VPN, and in that sense…

You should get a VPN for all your needs!

The Last Dance may be one of the best documentaries ever, but it’s still just one series. And a VPN has much more to offer – letting you unlock all movies and TV shows you could possibly want.

However, its main purpose is to make you anonymous online so that no one — including Google, Facebook, and various government agencies — can’t know your web whereabouts.

It does that by routing all Internet traffic through one of its servers that are spread across the globe. And this same capability lets you unlock all streaming services.

In addition, a VPN keeps you protected on public Wi-Fi hotspots, while also hiding your Internet activity from your ISP.

Considering all the parties that want a piece of our data these days, we think everyone should run a VPN on all of his/her devices. In that sense, we suggest checking out our list of Best of the Best VPNs and taking it from there. Trust me – you will thank us later. 😉