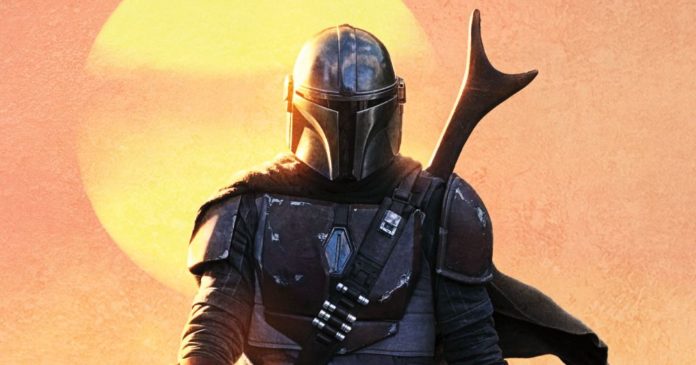 The Mandalorian has quickly emerged as one of the most popular series you can watch on streaming platforms today. The Star Wars-themed show has all the elements of a good series, the drama, great characters, a solid storyline, and the “touch of the Force.” So unsurprisingly, it has already found many fans all across the world — which can’t be said for The Rise of Skywalker. But that’s another story.

We’re starting with the usual “what’s The Mandalorian all about” for those who still haven’t watched the show, and after that – we explain how you too can join the party — no matter where you live…

The Mandalorian was created by Jon Favreau and released on Disney+ as the first live action series in the Star Wars franchise. Set five years after the events of Return of the Jedi and 25 years prior to the events of The Force Awakens, it follows the title character – a Mandalorian bounty hunter named Din Djarin and his exploits beyond the reaches of the New Republic.

The Mandalorian premiered with the launch of Disney+ on November 12, 2019, with its eight-episode first season. A second season is scheduled for release in October 2020, while pre-production work on a potential third season had begun in April 2020.

Basically, the series — at least the first season — has two main characters:

The Mandalorian has received positive reviews, with Rotten Tomatoes reporting a 93% approval rating for the first season with an average rating of 8.01/10, based on 32 reviews. “Action-packed and expertly-crafted-if at times a bit too withholding — The Mandalorian is a welcome addition to the Star Wars universe that benefits greatly from the cuteness of its cargo,” the site’s critical consensus reads.

Another site, Metacritic, assigned the series a score of 70 out of 100, based on 29 critics, indicating “generally favorable reviews”. So yes, we understand why you want to watch The Mandalorian.

How to watch The Mandalorian in the US?

If you can watch Disney+, you can watch The Mandalorian. However, the situation complicates in parts of the world where Disney’s streaming service is (still) not available; also, the same issue affects Americans traveling (or living) overseas. They won’t be able to watch the Star Wars story without a VPN, with Disney’s servers using geo-blocking software to lock out anyone trying to view its content from unsupported countries.

How to watch The Mandalorian from anywhere?

You will need a VPN to mask your physical location (IP address) and replace it with the location of one of its (VPN’s) addresses. Once you start a VPN, you should connect to a server in the country that has Disney+ (and where you have a working Disney+ account) in order to watch the show, and once that part is done – you can enjoy all shows on Disney+, not just The Mandalorian.

You will still need a valid Disney+ subscription, though. And if you don’t live in a country where Disney+ is available, you will also have to connect to a VPN server before opening that account. Then, you are free to pay for the subscription, which — in case you wonder — is well worth the money.

Get a good VPN that lets you do many things…

Aside from letting you access Disney+ and other geo-restricted services, a good VPN will also help you regain your privacy. No longer will governments and the likes of Google and Facebook be able to follow you online. You get to anonymously browse the web, download files, and more without worrying that someone’s watching “every step you make.”

Moreover, you also get to conduct your business in a secure manner, connecting from previously defined IP addresses to your office wherever it happens to be. Likewise, connecting to public Wi-Fi hotspots is no longer risky, with VPN encrypting all communication between your device and the server you’re visiting…

We have just scratched the surface here, but the point is – with a VPN you get more freedom. So yes, you need a VPN and you need it now. Start by going through our list of Best of the Best VPNs, and take it from there. You can thank us later. 😉