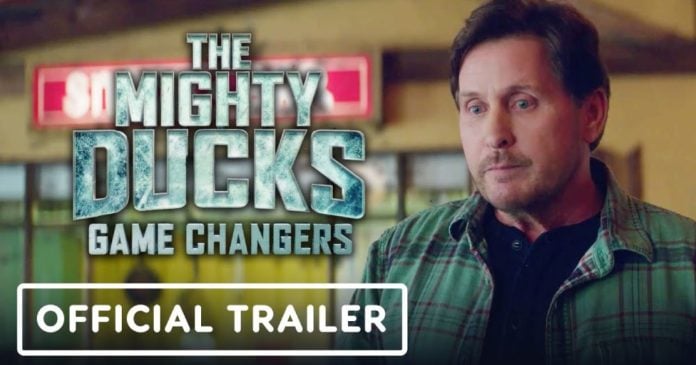 After nearly 30 years, The Mighty Ducks are back. This time, it’s not a single movie but an entire series that is airing on Disney+ as we speak.

You’ll want to join the ride, but you may not be able to do so from all around the world. At least not without a VPN. That’s what we want to talk about here.

But first, let us briefly explain The Mighty Ducks: Game Changers to the uninitiated…

It is a sports comedy-drama streaming series based on and follow-up to the 1992 film; the Mighty Ducks: Game Changers has premiered on Disney+ on March 26, 2021.

The premise of the series sees the Mighty Ducks being a powerhouse in its division that is now very selective about who makes the cut. After being kicked out and being told he is wasting his time, a 12-year-old boy named Evan, at the urging of his mother, forms a new hockey team of underdogs with the help of the Ducks’ original coach, Gordon Bombay, who has since become a despondent owner of a low-level ice rink.

And that’s where all the drama begins.

The Mighty Ducks: Game Changers main cast and characters include:

So are you willing to join the Mighty Ducks drama one more time?

How to watch The Mighty Ducks: Game Changers in the US?

As noted above, the series is available on Disney+, so if you want to watch it – all you have to do is sign-up for the service. That, we think, is well worth the money considering all the great content you’ll get as part of the deal.

Beyond Disney’s original movies and series, there are Pixar animations, Star Wars, Marvel, as well as Nation Geographic. In other words, something for everyone.

The problem may appear when you want to travel abroad and keep your access to Disney+. Then, you will need a VPN in order to bypass geo-filters that could block your way to the favorite show. And that’s what the next section is all about.

How to watch The Mighty Ducks: Game Changers from all around the world?

You’ll need a VPN in order to join the hockey drama that will let you bypass any filters Disney+ may be using. You should first see whether Disney+ is available in your country, though. Cause if it is – you can enjoy The Mighty Ducks: Game Changers without a VPN.

That being said, we still advise anyone to use a VPN cause it will let them access some other services that could otherwise be inaccessible from the place they live. This could include HBO Max, Hulu, Peacock, Paramount+ and so on.

Don’t get a VPN for one show, only

Get it for all of them. And get a VPN for all the different needs you may have. Arguably even more important, get it to regain your privacy on the Internet.

A VPN does its magic by routing all Internet traffic through one of its servers that are spread all across the world. And this same capability lets you unlock all streaming services, Disney+ being just one of them.

In addition, a VPN keeps you protected while connecting to public Wi-Fi hotspots, while also hiding your Internet activity from your ISP.

Considering that everyone wants a piece of our data these days, you should run a VPN on all your devices — not just your computer. And since you’re into Mighty Ducks, check out our list of Best VPNs for Disney+ and take it from there. You’ll never look back after you’re “in”.